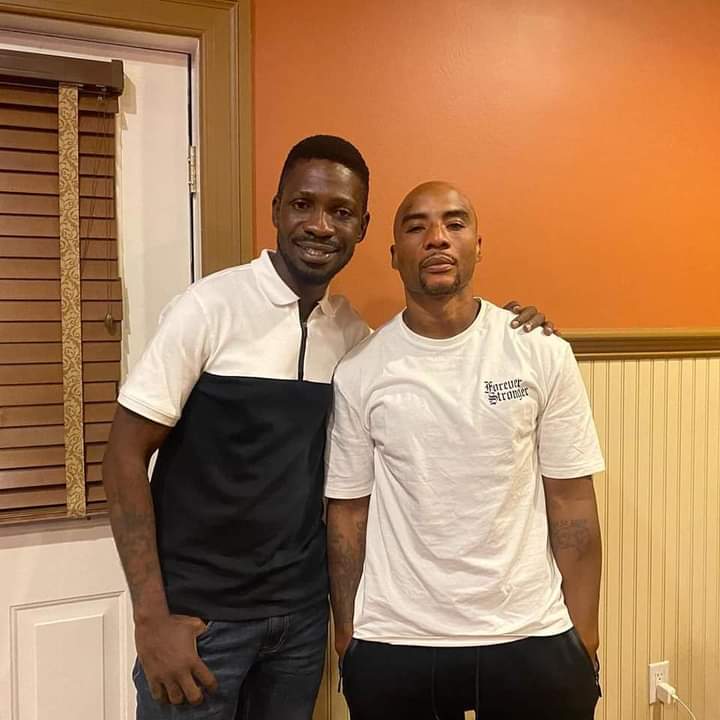 Former Ugandan presidential candidate Kyagulanyi Ssentamu Robert aka Bobi Wine on Monday told American citizens that a huge section of their taxes are funding and facilitating terror and gross rights violations on the African continent generally and Uganda in specific.

The musician turned politician was featured on ‘The Breakfast Club’, one of the most listened to radio programmes in the United States. Bobi Wine was hosted by US music star Charlamagne Tha God, a co host of the The Breakfast Club one of America’s most listened to radio program. Charlamagne Tha God co hosts the show with DJ ENVY and Angela Yee all inducted in the Radio Hall of Fame. Bobi told the American people to decide on how their taxes are spent on funding dictators across Africa who use the money to carry out terror acts.

“You must be the change you wish to see in the world. People’s power is stronger than people in power.” – @bobiwine 🇺🇬 🇺🇬🇺🇬🇺🇬🇺🇬🇺🇬🇺🇬, Charlamagne writes on Facebook.