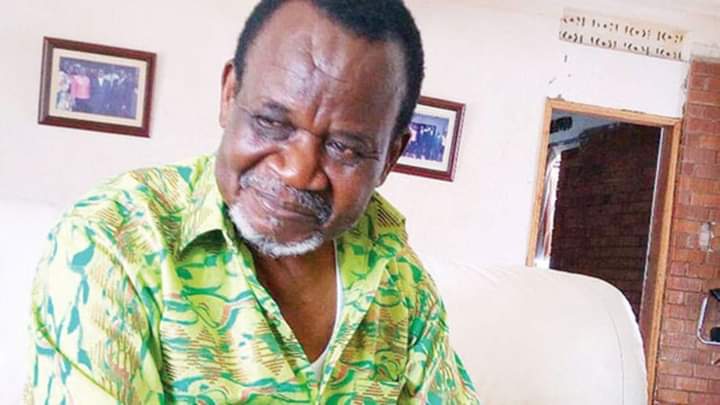 Former ICT minister Aggrey Awori has died. The former presidential candidate died Monday afternoon aged 82, according to a close friend, Mr Peter Oguttu.
Mr Oguttu told this reporter that Awori passed away at a private hospital in Naalya, Kampala.
“He has been sick for about a month and I have been in touch with him until today when his wife, Thelma told me that he has died,” said Mr Oguttu who described his relationship with Mr Awori as one of “brotherhood.”
Asked what could have killed Awori, Mr Oguttu said, “you know what’s currently going on in the country, but he’s been having pressure and other diseases as well.”
Ms Thelma told this reporter that Awori died at around 2pm.
Awori who was voted the best legislator in the sixth Parliament, lost to Mr Stephen Mugeni Wasike in the subsequent election.
He later crossed to the ruling (NRM) party from his childhood Uganda People’s Congress (UPC) party, and in 2011 took a shot at the Busia Municipality seat which he also lost to Ms Kevinah Taaka Wanaha, a Forum for Democratic Change (FDC) leaning candidate.
He retired from active politics before President Museveni appointed him minister.
He was Minister for Information and Communications Technology from February 16, 2009 to May 27, 2011.
Awori was born on February 23, 1939, in Budimo Village, Busia District, near the Ugandan/Kenyan border as the 10th of 17 children. His parents were Canon Jeremiah Musungu Awori, a pioneer African priest of the Anglican Church in East Africa and Ms Mariamu Odongo Awori, a nurse and community teacher. Aggrey’s siblings include the ninth Kenyan vice-president Arthur Moody Awori and Mary Okelo, the first woman in East Africa to head a Barclays Bank branch and the founder of Kenya’s women only bank; the Kenya Women Finance Trust. Mary is also the founder of Makini Schools, a leading school chain in East Africa. He owned an urban home in Busia Municipality and a country home in neighboring Bugiri District.
He attended Nabumali High School in Mbale District and King’s College Budo, in Wakiso District, both in Uganda. While at Kings College Budo (1959 to 1961), Aggrey was selected among a few others for elite military officers training at Sandhurst Military College in the United Kingdom. His father Canon Awori, however, rejected the idea of his talented son joining the military. From 1961 to 1965, he studied at Harvard University on a scholarship. The first year he took nuclear physics, but then switched over to political economics.

While at Harvard, Aggrey became the first person in heptagonal track history to win three events – the long jump, high hurdles, and 60-yard dash, tying the heps record in the hurdles and setting the mark in the dash. He also ran on the victorious mile relay team that tied the heptagonal record. By the time he graduated from Harvard, Awori held three outdoor and five indoor school records. He also represented Uganda in the 110 metres hurdles at the 1960 Summer Olympics and the 1964 Summer Olympics, but failed to win any medals.
Awori had a Master of Arts in economics from Syracuse University in the U.S.
In 1967, Awori was appointed the first local director of Uganda Television (UTV). In 1971 Awori was jailed for two months after Idi Amin’s coup, because during Amin’s first coup attempt he didn’t broadcast a speech Amin gave, lying to him by saying that they were live on air. He went into political exile in Kenya, where he taught political journalism at the University of Nairobi until 1976 and then traveled around Africa visiting Tanzania, Liberia and Senegal and returning to Nairobi in 1979.