Ham Kiggundu cash: Was it genuine charity or a PR stunt? 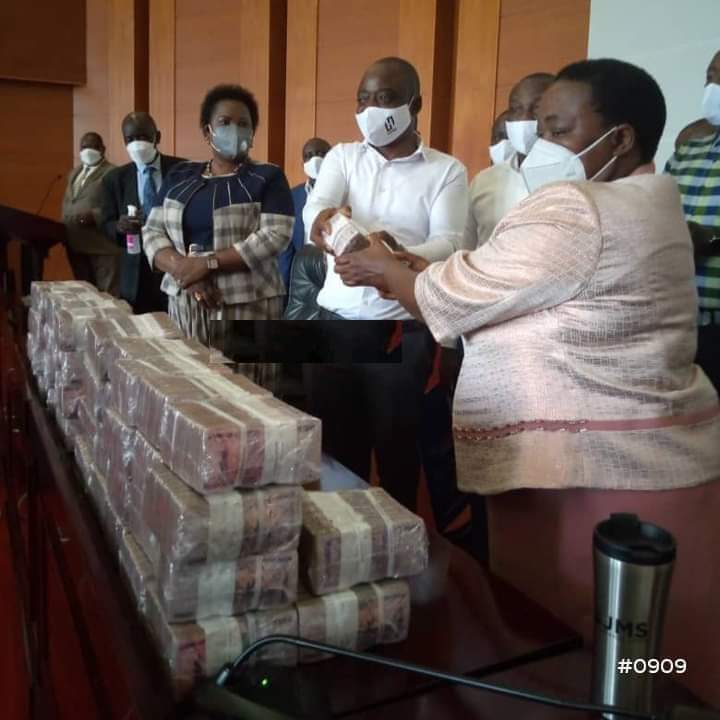 The aforementioned thing is what has lingered on the minds of the doubtful Ugandans with many still questioning why someone who ‘genuinely’ offered a donation would again want to keep the same donation on his own account.

On Friday last week, renowned city tycoon, Hamis Kiggundu in company  of swipes of journalists visited the premises of the office of the Prime Minister to offer his donation worth UGX 530m. The tycoon who his known for his show biz and addiction to cameras did not emulate last year’s donors who reached out to the covid taskforce with a bank cheque as opposed to liquid cash.

Sources say, that Ham Kiggundu was just tasked to entice other wealthy people to once again confide in the taskforce which has to-date failed to account for last year’s donations. The deal was that Ham Kiggundu comes with cameras, pretends to have made a donation and walk back with his cash which explains why there were clashes between Dr. Monica Musenero who was in the deal with Ham versus the uninformed Nabbanja on the other hand.

A source tells this reporter that the prime Minister did not know about Ham’s PR stunt with Musenero and she unknowingly took the donation serious. The deal had been that when Ham is done having the positive publicity, he would drive away with the money and put it on the account he had created with Dr. Musenero. One would wonder why a donor would again want to keep the donation he has made on his own bank account! In fact one of the media houses today made inquiries before Ham to justify why he kept around till late as Nabbanja and Musenero clashed over the cash. In his reiterations, Ham says it is in his interest to see that his money serves the purpose for which it has been ‘donated’. “All I wanted was an assurance from Nabbanja that the money would procure the vaccines,” Ham said. “When she gave me that assurance, I had to leave,” he added.

Nabbanja, whose background is largely humble is said to be intolerant to corruption and money mismanagement tendencies. Pundits say this element is likely to short live her tenure in the office of the Prime Minister given that all her predecessors like Dr. Ruhakana Rugunda and John Patrick Amama Mbabazi were directly involved in several scandals which tainted that position.