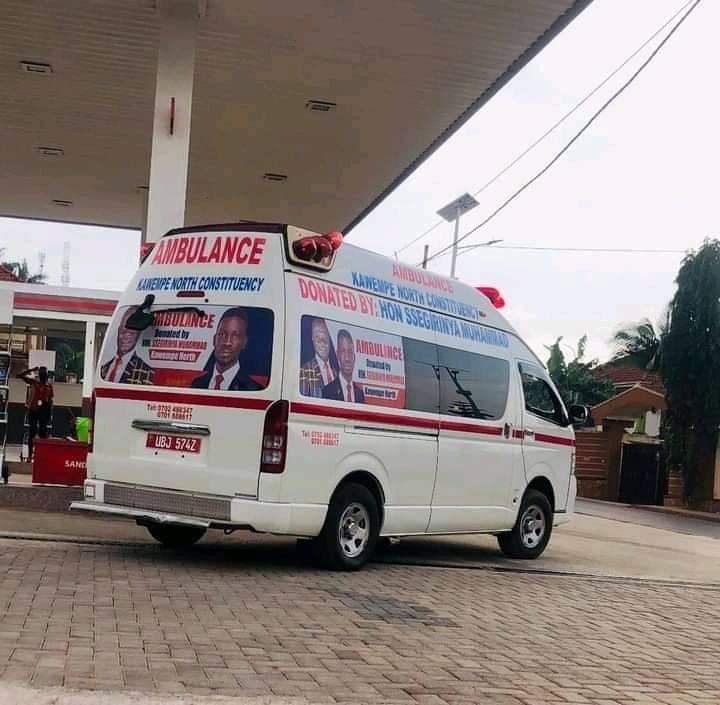 ARE AMBULANCES ALL WE NEED?

The roles of a member of parliament are simply Legislation, Budgeting and Oversight. Uganda currently has 529 MPs coming from 146 districts and 352 constituencies.

It has become trendy for MPs to procure vehicles and rebrand and model them as Ambulances for their constituencies. I think our gullible public should be made awoke to ask the real questions. We though thank the MPs for addressing the non urgent needs for our health system. They can be excused because they also have to do the politics for reelection.

First forward, the 529 MPs shall each given over 200millions or there about to purchase their mobile vehicles. I personally do not know the cost of a standard Ambulance but I don’t want to think that the same government that can buy each MP a vehicle cannot buy at least an ambulance for each constituency or at least 3ambulances for the 146 districts. What if our MPs pushed for allocation of resources to this end in the next budget? When did MPs take up government roles?? Are our MPs about to ask for accountability of the ambulances that were promised of the 29billions that were donated by Ugandans in the previous lockdown?

We all agree that government health facilities are the most equipped in terms of health experts and medical equipment. The most pressing challenge is availability of medicine in these facilities despite the National medical stores being sufficiently allocated funds. We are even told some drugs are disposed off by NMS for being expired when our health centre iv, iii, ii are out of stock! The government medical workers will examine you proper and prescribe the necessary drugs,and refer you to the dispensary/pharmacy. The pharmacists will humbly tell you how they have run out of drugs and refer you to the nearby private pharmacy.
Statistics have it that 92% of the health budget of Ugandans is ‘Out pocket’. Some experts say that Covid has pushed the figure to 97%.

I should state that I have been self isolating for the previous 17days after testing positive for Covid19. I have done the isolation from home, thank heavens are back to life. For the period of sickness, I have spent around 350k on drugs. I thank the health workers who always attended to me and all the friends that supported in all ways.
Yesterday on #NBSFaceOff, I watched Dr. Zubair Kisambira stating that a box of Azithromycin that previously costed 40k is now at 80k. Let’s put it at 150k. The basic drugs for Covid19 known all over are Azithromycin, Zinc, Vitamin C and pain killer in addition to other recommend physical social behaviors and concotions.

My whole point here is that for our dear MPs who want to do politics with visibility should just mobilise media and do their oversight role, tour government health centers in their constituencies and inspect presence of simple covid drugs stated above, you will all be shocked.

For those buying us ambulances, which health facilities are these taking us to??? Please take time to appreciate the real issues sorrounding our health system. Fight for motivation of our health workers and stocking of the health centres with drugs.

One lesson that government should take home from Covid19 is that for long, it had neglected and underfunded the school Inspection department in the ministry of Education, and the hospital inspection department in the ministry of health. When children resumed school after the lockdown, there was a Covid surge but no one was there to monitor the situation because school inspectors are under funded or not priotised. Similarly, Covid19 being a social behavior disease is reminding us that we should invest heavily in the health inspection and promotion department to because these directly bring return on investment and therefore would see reduction in other infections. Public health experts should be recruited to the lowest ranks of government health infrastructure.

Conclusively, members of parliament should advocate for increment in payments for our health workers, availability of drugs at all government health facilities and increment in the budget allocated to health inspection and promotion. The ambulances are not our biggest challenge and if any, push government to meet its obligations!