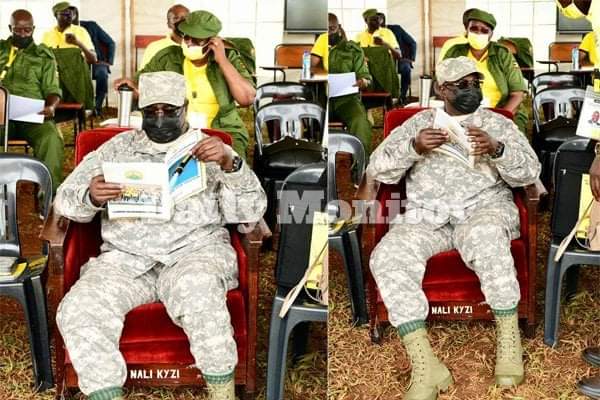 A section of opposition NUP legislators in the eleventh parliament have raised questions on the unannounced leave of the speakee of parliament, Rt. Hon. Jacob Oulanyah whose absence they say has delayed the resumption of committee work as they have never been formulated to-date.

Led by the outspoken Mukono municipality legislator Betty Nambooze Bakireke who now heads the Government Assurance Committee, the MPs say they cannot resume their committee duties because they are unaware of where each of them belongs.

“My speaker, Rt. Hon Rebecca Kadaga lost her bid. I am now at peace with that. However, I would wish to know why the new speaker, Oulanyah is not doing the work for which he was elected,” Kalungu East legislator Joseph Gonzaga Ssewungu said during the presser held at parliament on Monday. “We want to know why we do not have committees yet parliament was inaugurated in May,” he adds.

Nambooze based on the presser to lash out at president Museveni for persistently making empty promises and pledges to the people of Uganda. “Mr. Museveni has made pledges worth 79 trillion yet our budget is just 49 trillion,” Nambooze says. “We have tolerated his lies for all these years,” she added.

It should be recalled that the new speaker, Rt. Hon. Jacob Oulanyah prematurely left the country for the UK on what parliament defined as a ‘holiday’ though multiple speculations attributed the leave to health deterioration.