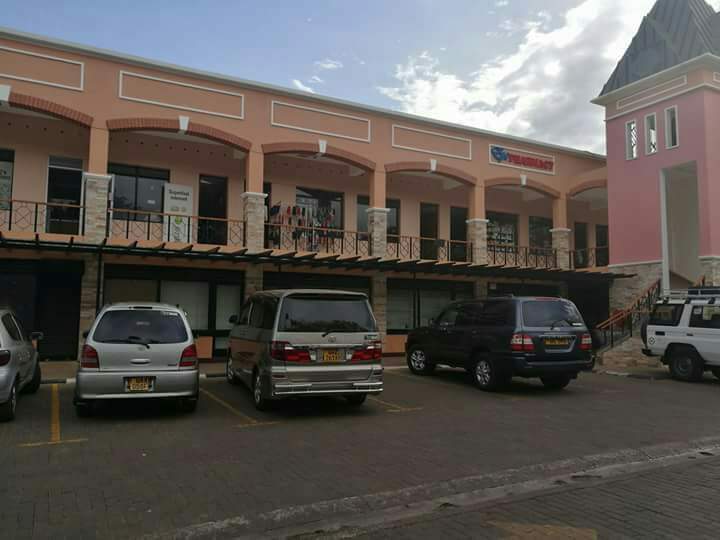 Despite facing off with an embittered public that is grilling her to explain the whereabouts of the billions of money unaccounted for under her watch, the Permanent secretary to the Ministry of health, Dr. Diana Atwiine has reportedly added another castle to her empire.

A credible source who preferred to speak under the condition of anonymity intimates that Dr. Atwiine and her brother in law, also state Minister for agriculture, Frank Tumwebaze have liaised to jointly own a UGX 12 billion complex in Muyenga, Kampala. The building houses several wholesale shops, pharmacies and the renowned Italian supermarket. On this very building, rent dues are hefty with the cheapest shop going for about $700.

Our source adds that this building was recently bought from a Chinese tycoon who ran bankrupt as tenants started vacating over the economic devastations arising from the lockdown. “Dr. Atwiine and Minister Tumwebaze have bought the building which houses Italian supermarket here in Muyenga,” says our source.

Minister Tumwebaze, his wife who doubles as Atwiine’s sister, and Atwiine herself own a chain of businesses in the leisure sector. Some of their renowned investment is the Nyumbani hotel group, Emburara tours and safari resorts, and radio stations in Kibale and Kamwengye districts.

Despite a presidential directive instructing a total closure of non essential businesses, tenants at Atwiine’s building go about their daily errands without any police disruption as case has been in the downtown Kampala central business district. At Atwiine’s facility, police from the counter terrorism unit do an all round clock surveillance. In fact, the area police commander is asked not to dare invade the building or else he pays heavily. Shops, bars and salons on this building are surprisingly opened despite the lockdown.

Minister Tumwebaze is married to Dr. Atwiine’s sister who is now the key caretaker of all the wealth and investments they have illegally amassed from the covid deals. During last year’s lockdown, Minister Tumwebaze confidently walked off with billions of money that was meant to facilitate his Nyumbani hotel as a quarantine point for diaspora returnees. Despite taking the money in queston, Tumwebaze has never come out to give accountability for failing to provide accommodation for the returnees.