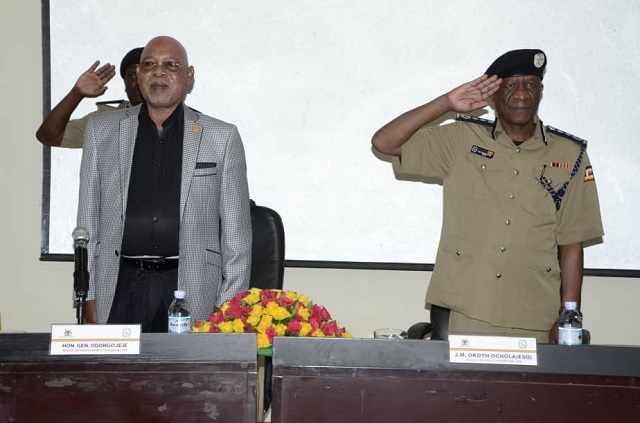 In response to the presidental directive to security to trace all the NUP leaning bloggers accused of announcing his ‘death’ on social media, government has dispatched a team of External Security Organization spies, this newspaper has been tipped.

On the government hit list includes prominent NUP bloggers who have been at the helm of preaching for regime change. The ESO agency under the Foreign Affairs Ministry of Maj. Gen. Jeje Odong have asked for $3 million to man the operation which shall include writing to foreign agencies and mercenaries. Embassies and Ugandan ambassadors in European countries have been all urged to render assistance to the ESO operations as the regime grapples with cleaning its already tainted image.

Today, Bukedde Newspaper, a local government owned paper under the Vision Group has piled a list of diaspora based bloggers under the government hit list. Names like Fred Kajjubi Lumbuye, J.B Muwong, Peng Peng, Kakensa media and others have been blacklisted. Even Ekyooto website is apparently under attack from NRM government hackers.

A state house source privy to the operations reveals that president Museveni is personally infuriated by the NUP bloggers and activists who have been frustrating and inciting Ugandans against his regime. The source adds that despite all Museveni’s efforts to regulate social media and internet usage in Uganda, diaspora bloggers have been coming up with remedies like the Virtual Private Networking which have all deprived the regime from meeting its target of regulating free speech.