Passengers stuck as Uganda airlines plane runs out of fuel 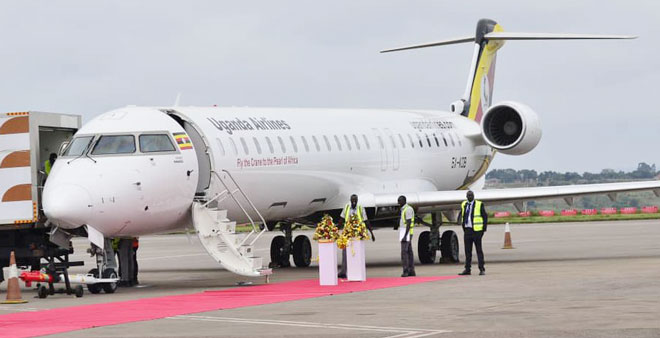 There was untold controversy as passengers aboard the Uganda Airlines plane last evening were delayed at Julius Nyerere International Airport, Dar es Salaam in Tanzania for hours after the bombardier plane ran out of fuel.

SEE ALSO: Uganda Airlines on the verge of collapse as Several Flights are suspended

The airlines said the delay was affected by a mix up in delayed fuel delivery to the Aircraft at the airport but they could not explain what caused the delays.

“Allow us to apologise for the prolonged delay at Julius Nyerere International Airport, Dar es Salaam that occurred yesterday ( July 12) on our flight UR 321. Our service was affected by a mix-up in delayed fuel delivery to the Aircraft caused by our supplier in Dar es Salaam,” reads part of the statement issued by the Airlines’ management on Tuesday morning.

The management further revealed that the matter has been taken up with the supplier “to ensure a repeat of the same does not occur in future.”