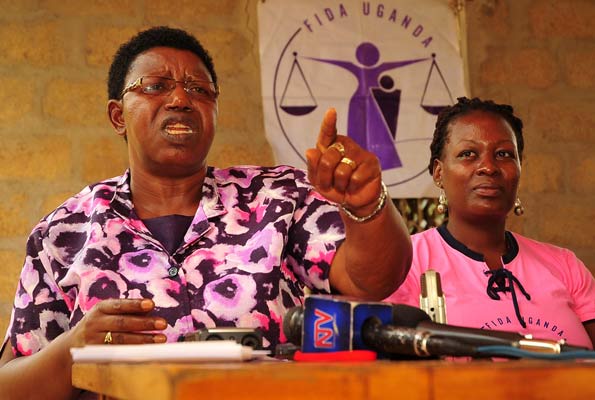 Hours after ex Minister for Kampala, Beti Olive Namisango Kamya Turyomwe survived the bench having scooped an appointment as the new IGG replacing Irene Mulyagonja, Dr. Matembe has come out to troll her saying she is very incompetent to take up the mantle.

The outspoken former Ethics Minister, Miria Matembe says that the newly appointed Inspector General of Government (IGG), Beti Kamya is a person who lacks integrity. Matembe says that Kamya is not worthy of the position of the IGG given her unclean political path.

“The IGG has to be a person of unquestionable character. When I saw Beti Kamya’s appointment, I laughed. Surely Museveni has managed to destroy the IGG’s office,” Matembe reacts.

Makerere lecturer and political don, Gerald Walulya says these appointments by the president are meant to appease his colleagues who miserably lost their elective seats. “These people are being consoled for losing their elective seats,” Walulya says. “Previously the office of the IGG has been occupied by experienced lawyers unlike now where Kamya is not a lawyer. Most institutions are now under captivity by the army,” he adds.