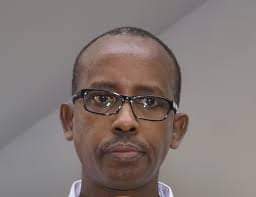 President Yoweri Kaguta Museveni Tibuhaburwa has appointed Odrek Rwabwogo, the husband to his daughter Natasha as one of his advisers in the latest list of reshuffles. The appointment comes just a month after Museveni named his son, Lt. Gen Muhoozi Kainerugaba the new Commander of Land Forces.

Rwabwogo’s name appeared on the lists that were published by the office of  the president on Thursday evening. Rwabwogo is to be the president’s advisor without portfolio (on special duties)

It should he noted that Rwabwogo has been under public scrutiny for his active involvement in the human organs trade business. In investigations conducted by ex senior presidential press secretary Joseph Tamale Mirundi, Rwabwogo is implicated in the illegal human organs trade.

Being close to the first family by the virtue of marrying the president’s daughter, Rwabwogo is shielded from apprehension. He even had the courage of coming out to disregard the news as false and claimed that all those who accused him have ‘psychological’ disorders.