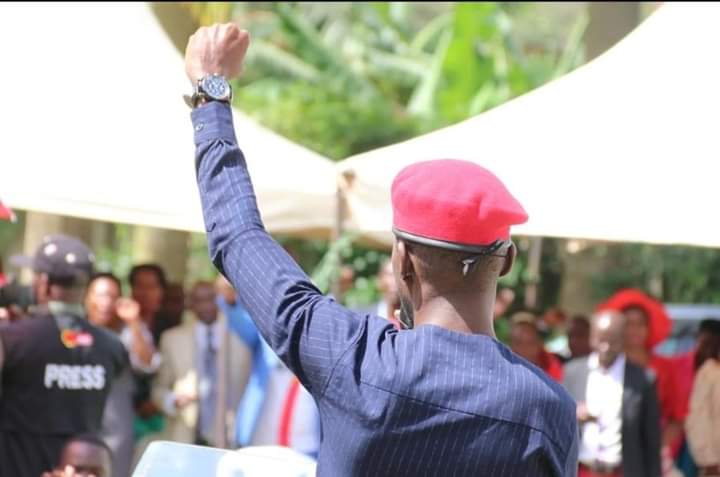 The National Unity Platform party has this weekend unveiled the official portrait that shall be used in all the offices held by its leaders especially Members of Parliament. The portrait is in honor of the party president also ex presidential contender, Hon. Kyagulanyi Ssentamu Robert aka Bobi Wine.

The portrait according to the party is also open for use by members of the public who subscribe to the party’s convictions and ideology.

“The Official Potrait of our President to be used in all offices!,” NUP tweeted on Sunday.

Party supporters have welcomed the portrait saying it shall at least instill hope in the change seeking Ugandans. “Museveni rigged our victory but Bobi won our hearts,” Mubiru Alex, a National Unity Platform supporter says. “Our president, Hon. Kyagulanyi Ssentamu Robert deserves even a mural and a statue in every major Ugandan town and city,” another NUP member commented.