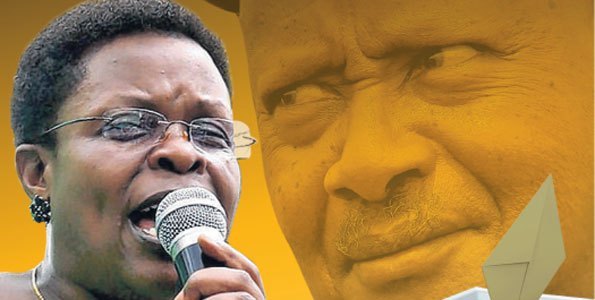 The newly-appointed Inspector General of Government, Beti Kamya has scoffed at critics questioning her appointment and ability to handle the task at hand. Kamya whose appointment as IGG has been discredited over her lack of a legal background insists that she ‘does not need to be a lawyer’ to understand what her new office reguires.

Beti Kamya says that she understands the demands of her new office and will shock many with her new tactics to curb corruption and educate the masses on several other roles of this office.

”I am already grateful to president Museveni for wiping my tears. You’ve found me penning down a letter of appreciation to him for considering me out of all the people who would have qualified for the office,” she said in a weekend media engagement at her Rubaga residence. “I am not here to prove myself to people who doubt my potential. I will work with my personal experience to see that corruption is wiped out of all government agencies The warning has been sounded – the corrupt should start to fear as their days are numbered,” she vowed.

Kamya’s appointment has raised eye brows amongst political analysts who say it is widely hinged on patronage than merit. “She stood under the NRM ticket and lost in Rubaga which perhaps what has inspired her appointment. Of late, president Museveni is awarding most of his colleagues who did not make through the ballot,” says Makerere don, Gerald Walulya. “It is shocking that someone with no legal background will now preside over the office of the IGG,” ex Aruu county MP Odonga Otto fumes.