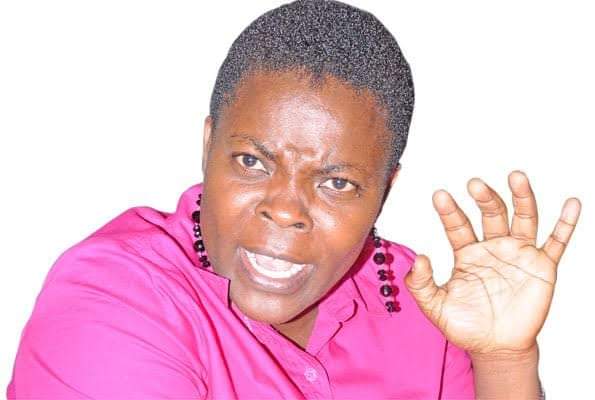 “Hand over the guns to us or else we shall grab them from you by for force,” Minister Agnes Nandutu has strongly warned the Karamajong cattle rustlers.

Newly appointed Minister incharge of Karamoja affairs has started her new job in high gear. Nandutu who has barely marked 2 months in office says her first assignment is to make sure that all Karamajongs hand over the guns back to government and those who will prove to be big headed will face it rough because they will apply force to get the guns from them.

Nandutu says that biggest part of the country is peaceful and therefore there is now way they shall allow just small portion of Uganda to be destabilized because a small group of people illegally hold guns which they use to do illegal activities.

“The biggest part of this country is peaceful. The east, west, north. We cannot allow just a small section of people in the North East to make the place unpeaceful. They will either give us the guns back peacefully or we shall use force to get them back.” She said

Nandutu adds that she has already had a discussion with President Museveni on how the exercise will he conducted First by asking the Karamajongs to voluntarily hand over the guns back to government and then after a raid against those still hiding the guns is activated.