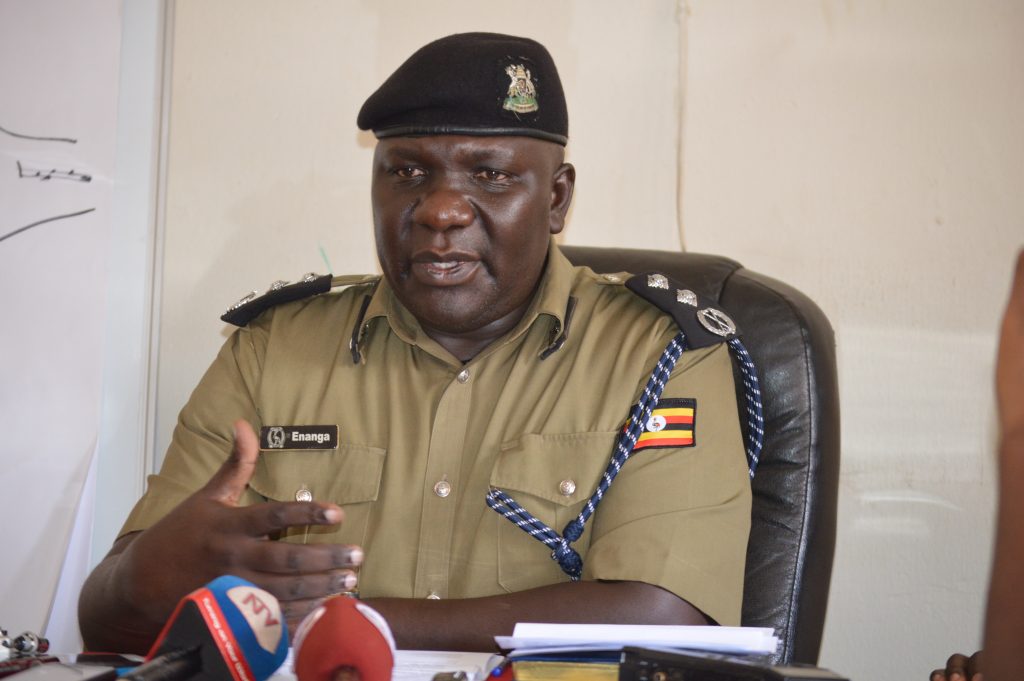 Speaking at the weekly security briefing on Monday at Naguru police headquarters, Enanga called on the district COVID-19 task forces to investigate food items donated to the vulnerable groups by well-wishers before distribution.

“We are not stopping anyone from giving out food. As police, we appreciate these well wishers but we advise that they deliver all their relief items to the district covid taskforce instead of looking for political mileage,” Enanga said. “Some of the distributed food items like maize flour is of poor quality and below the consumption level. It contains afflotoxins something that is not healthy for all the consumers,” he added.

Enanga’s remarks come at the time when politicians are providing food relief to the population during this lockdown. Mitana municipality legislator Zaake Francis Butebi on Sunday evening rushed to the rescue of his starved constituents. He says these intimidations from government will not stop him from rushing to the rescue of his people. “If they don’t want us to assist the stranded people then let them come to their rescue,” he said. “We saw how they embezzled and swindled relief items last time. It’s against such fraudulent background that we shall not trust them with our relief again,” he added. Kakuuto MP Geoffrey Lutaaya also says if government is against the idea of relief from opposition politicians then they should help the stranded.