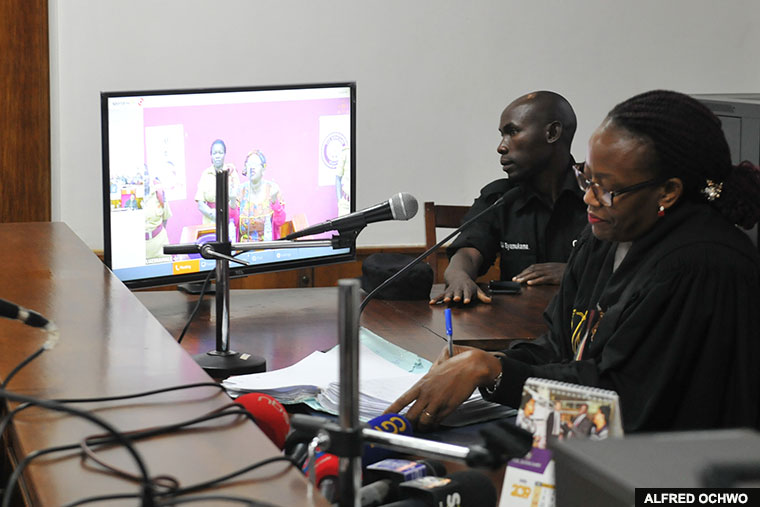 Police say they are to apprehend and punish the bodyguard of the troubled Buganda road court magistrate Gladys Kamasanyu who on Saturday evening was clobbered by unknown thugs.

The revelation that the bodyguard shall be the sacrificial lamb were made by the police mouthpiece Fred Enanga during the Naguru weekly security briefing. According to Enanga, the guard shall be charged with negligence of duty at the time his boss was thumped.

“Under the VIP protocol laws, it is not right to abandon your duties at thd wish of the person you are deployed to guard,” Enanga said. “You are supposed to be with him/her 24-7 even if it’s inconveniencing and against his/her wish. As police, we feel the officer did not do the right thing by allowing his boss to move alone. We are going to invite him for investigations” he added.

However, the police inquest into their own comes at a time when the public itself is doubtful of the Kamasanyu scandal. Some clues suggest that she deliberately relieved her bodyguard of his duties so that she could go about her cheating duties. “She has been having clashes with her husband who suspects her to be cheating,” a neighbour told this reporter. “Chances are high that she had gone to her usual cheating expeditions which is why she did not need the bodyguard around her,” the neighbour adds.

Police say they are to retrieve CCTV footage surveillance to get trace of the thugs. They add that they are to as well record a statement from the magistrate soon as she is discharged from hospital.