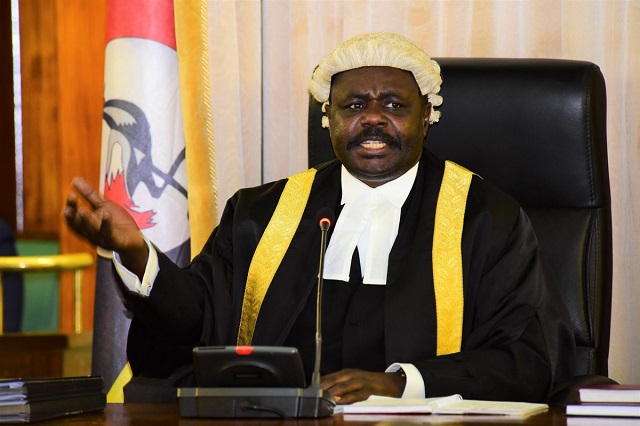 A fraction of Members of the eleventh parliament have raised concerns about the delayed return of the speaker, Rt. Hon. Jacob Oulanyah who was secretly smuggled out of the country in June amid reports that he was in a frail condition.

Credible reports from Entebbe airport indicated that Oulanyah was brought in a parliament ambulance that drove to the VIP section of the airport. The speaker was destined to the United Kingdom for what the parliament Public relations office described as a ‘holiday’ though other reports suggested that Oulanyah was sickly and needed medical urgent attention.

A month later, government remains mute on the whereabouts or health condition of the speaker. On Wednesday during plenary, some MPs from Acholi tasked the Deputy speaker Anita Among to explain why nothing is heard about the speaker, Rt. Hon. Jacob Oulanyah.

“Can we have an update about our Rt. Hon. Speaker Jacob Oulanyah? We want to know what is the fate of the speaker? We are 529 MPs, even if he is down we must be informed. When the former speaker (Kadaga) was sick, the house was informed. None of us is coming out to give the public what is happening to the speaker,” Kalungu East legislator Joseph Gonzaga Ssewungu said on the Wednesday plenary.

Kilak South MP Gilbert Oulanyah also said in Acholi, people are concerned and worried that their son of the soil may not be in good health. “Speaker, whenever we go to Northern Uganda our people keep asking us to inform them where the speaker Oulanyah is or how he is doing,” he told the Deputy speaker. However in her response, Amongi says MPs should cease being worried because the house is occupied by her and there is no ‘vacuum’ in the speaker’s chambers.