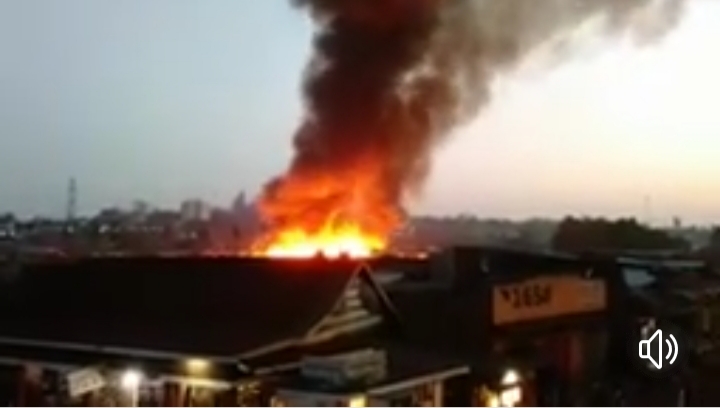 A Fire has just ravaged Kyamuka zone in Kamwokya, a low income suburb in Kampala, burning down several houses. No casualties have been reported yet as more details on the fire continue to be gathered.

By press time, the cause of the fire had not yet been known pending a police investigation.

Police fire brigade head Joseph Mugisa says the area which has been burnt was inaccessible to the brigade services. “Our hose pipe trucks could not reach Kifumbilo zone where the fire occured. The place is too congested and impenetrable for the fire service vehicle,” he says.

By 20:00hrs, police say at least two people had died in the fire whose cause is believed to be an electrical fault.

A section of locals believe the fire is deliberately set to compel the land occupants to vacate.