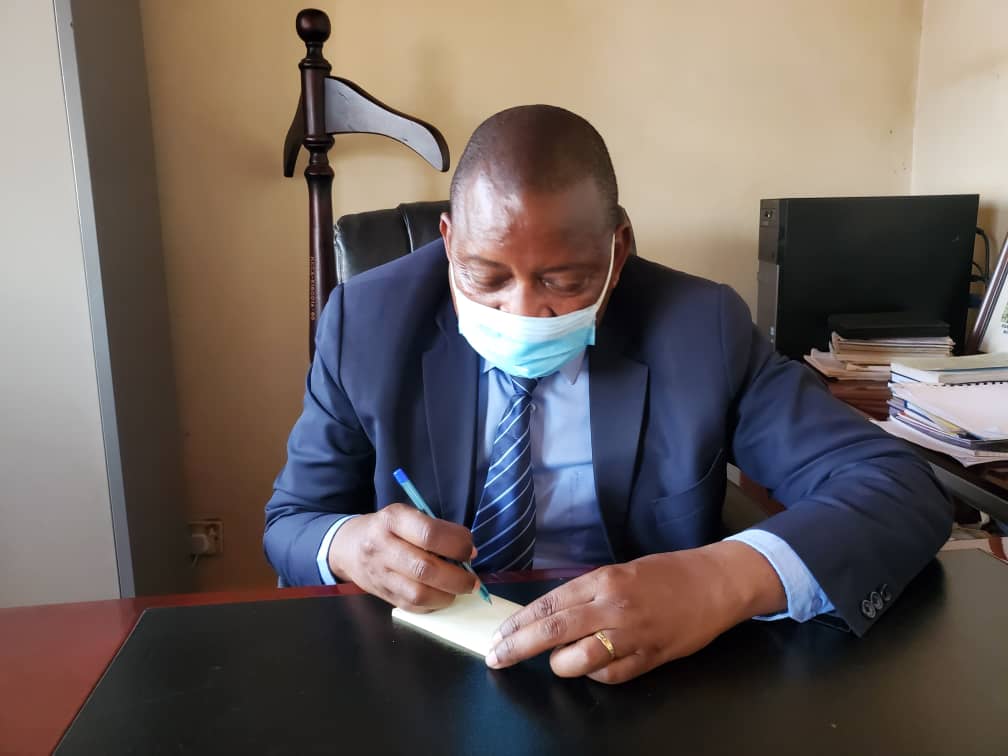 Dr. Emmanuel Serunjoji ‘Ow’Eddembe’ the Kawempe Division Mayor While on his food relief Campaign Programme of Extending RELIEF TO THE Vulnerable People in Kawempe has strongly condemned the reckless words of the Kampala RCC Hudu Hussein and warned him not to dare extend his actions to the Kawempe division.

The Mayor, together with Councillors across the divison organised a campaign in which they are giving out food items and other basic needs to vulnerable groups that have been marginalized by the government COVID19 Money Programme of 100,000 (Nabbanja Money ).

He says that the programme was uncoordinated, disorganized and excluded elected leaders for reasons not known. Even when they advised the government to make arrangements for an inclusive plan of all stake holders .

The Mayor was in company of his wife , the Mayoress of Kawempe , Mrs Margret Serunjoji who enjoined the residents to put their trust in God a midst the crisis and appreciate the little effort elected leaders have dedicated to them.

He has Strongly warned the Central government officials and the RCC who is the tool of oppression in Kampala not to dare come to Kawempe for he will regret his actions .

” Hudu Hussein has no right to stop elected leaders from giving a hand since the government has failed to give people food .It has lied to the Nationals many times ” .I will not allow this arrogance in Kawempe “. Serunjoji Remarked .

The programme has covered areas of Kikaaya Parish in Kawempe North Constituency. He thanked Eng. Buule Henry and Councillor Namayanja Racheal for the commendable work of sensitising the locals about the deadly COVID Pandemic and Coming to their rescue inform of food items.

Meanwhile , the Division leadership is looking up to a Day of prayers organised by the Division Task force and interdenominational Religoius leaders to Pray for Kawempe and the Country at large Since it has been badly hit by the Pandemic.
“It is only God who can save his people !
This is slated for Thursday 22/07/2020 in a Virtual ceremony,” retorts Mayor Sserunjogi.