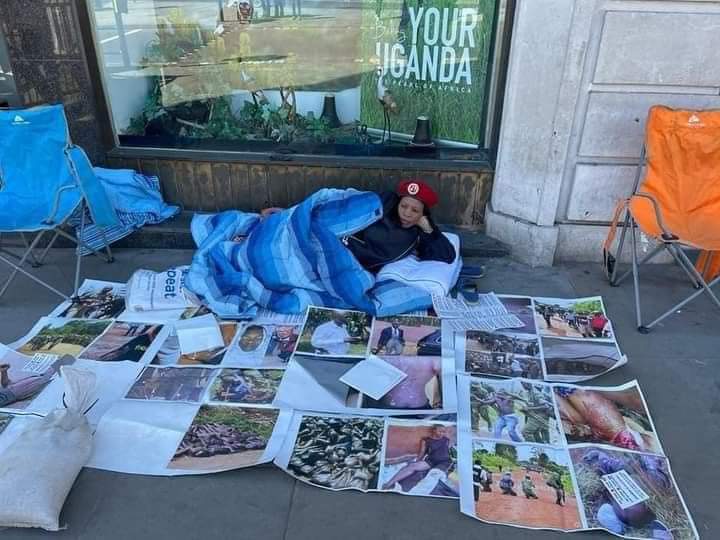 Born 6 years before president Museveni came to power, Ms. Patricia Ssewungu was a child at the time the NRA captured power in January 1986. At a very tender age of 42, Ms. Patricia Ssewungu has gone ahead to champion a series of pro-democracy protests and causes. Her patriotism for Uganda saw her risk and book a flight to return to Uganda and take part in the polls even when she knew the security risks associated with her stay on the Ugandan soil.

Politically, she subscribes to the National Unity Platform party where she was christened the name ‘Iron Lady’ due to her consistence and outspokenness in challenging the Ugandan military junta led by Gen. Yoweri Museveni.

In the United Kingdom where she has lived for a biggest fraction of her youthful age, Ms. Ssewungu is celebrated for her straight forwardness. Her companions and majority of Ugandans in London say Ssewungu is the kind that walks the talk. “We were astonished when she told us she would raid the Ugandan embassy at the Trafalgar square,” one of her colleagues retorts. “She camped at the embassy premises, painted the walls with pictures depicting some of the torture victims. What astonished me the more was when she slept there for a full week or more,” adds the colleague.

Through her routine Facebook live analyses, Patricia has inspired several members of the diaspora community into speaking out against the prevailing dictatorship in Uganda. Ms. Patricia is a humanitarian, an activist and an ardent member of the NUP party. At 42, she remains one of the most targeted critics of the Museveni government and in fact her name featured amongst the monitored bloggers and vloggers.