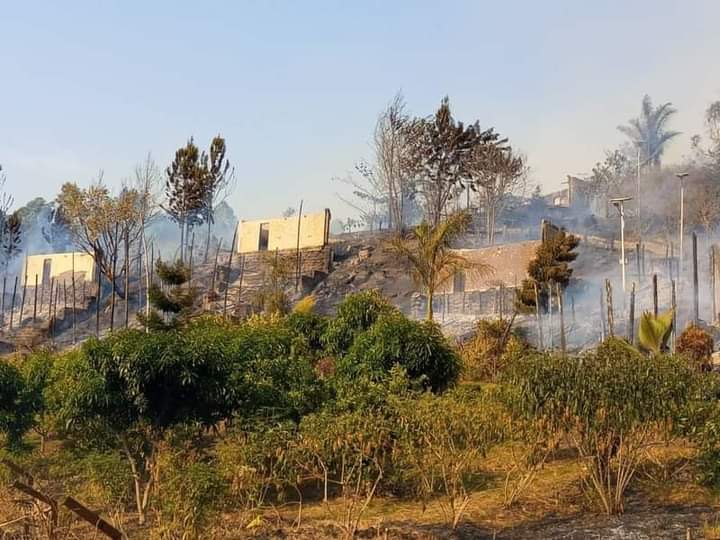 Former Uganda Revenue Authority Authority Commissioner who is now a member of parliament for Sheema county, Dickson Kateshumbwa is in tears after one of his multimillion investments has been ravaged by a fire that has gutted Queen Elizabeth National Park in Western Uganda.

SEE ALSO: Drama as Dickson Kateshumbwa fails to give explanation over his source of wealth

Park View Hotel located in Kicwamba Sub County, Rubirizi District which belongs to the ex URA Commissioner has been burnt by fire believed to have been started in Queen Elizabeth National Park.

Sources say the fire whose cause remains unclear began from the National Park this Friday evening.

Staff at the hotel were spotted trying to rescue some of the valuables. But most sections of the hotel compound has been eaten up by the wild fire.

No comment from Kateshumbwa has been shared with media but family sources say the tycoon is in tears because he loved this hotel whole heartedly.