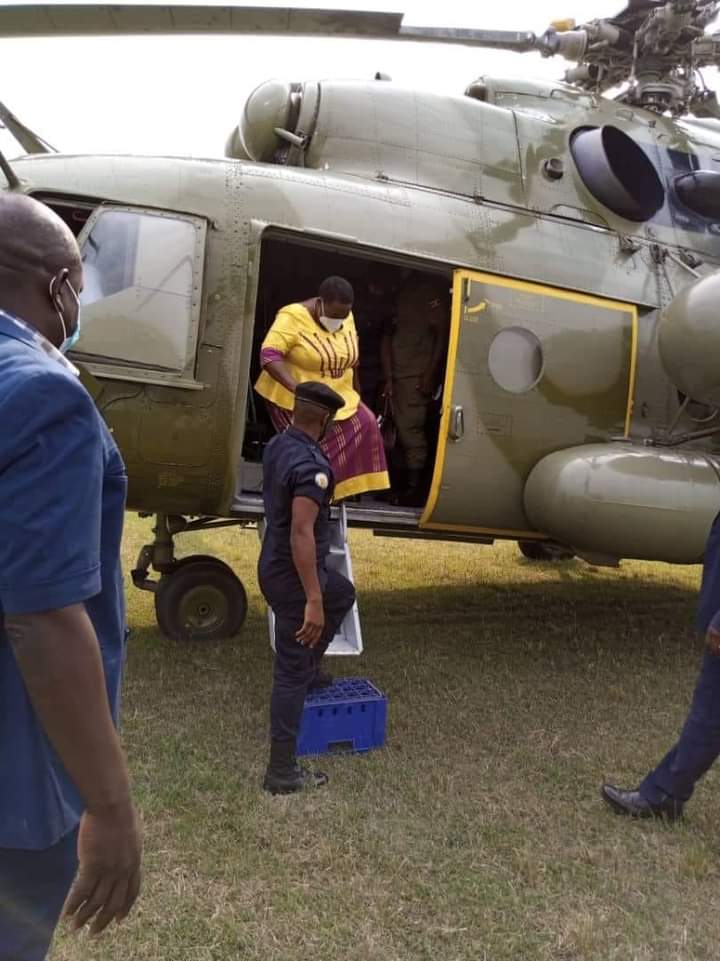 The Prime Minister Rt. Hon. Robinah Nabbanja has revealed that ever since she waged war on corrupt elements in government, her life has been threatened by those schemers who have been benefiting from money laundering deals.

Nabbanja says some people have started approaching her family members tasking them to caution her if ‘she still wants to live’.

“One of them who happens to be an alumnus to my sister having studied with her at Makerere University went to my home in Kakumiro district and asked my sibling to caution me,” Nabbanja revealed on Friday. “I want to caution all such elements that I shall not relent in my fight to end corruption. I am here to serve the people of Uganda but not myself. No amount of intimidation shall deter me from ending corruption,” she vowed.

Ever since her appointment, Nabbanja has shieled a series of Mafia projects some of which were being presided over by members of the first family. Her cancellation of food relief distribution is said to have left several deep state allies like Mandela and Aponye in tears as they had hoarded maize flour in anticipation that they would be contracted to supply poor quality food as case was in the previous lockdown. Nabbanja instead chose the mobile money scheme to kick out middlemen, a thing that angered some of the Mafias. However, a recent report shows that 6,000 beneficiaries received the UGX 100,000 twice.

SEE ALSO: PM Nabbanja: Mafias who had stocked posho are the ones complaining

On another scenario the same Nabbanja foiled a plan by tycoon Ham Kiggundu and Dr. Monica Musenero’s to launder money on a fake bank account they had created to steal from donors.

The most latest Nabbanja anti-corruption scenario was her rejection of poor quality relief items offered to the Kasese flood victims. Nabbanja ordered the procuring officer of the items to account for the money. She went ahead to blacklist the companies with supplied the fake relief items.

Prime Minister Robinah Nabbanja has rejected a report from her Permanent Secretary on the substandard items that were delivered to the affected persons in Kasese.

She has now directed the Inspector of Government, Police, and the State House Anti-Corruption Unit to carry out fresh investigations into the matter giving them only three days to make a report.