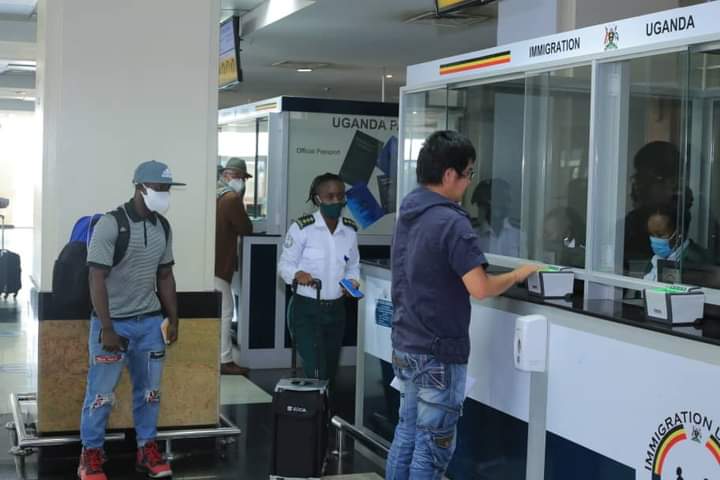 The Criminal Investigations Department spokesperson Charles Twine has come out to defend the detention of weightlifters Julius Ssekitoleko who was deported from Japan to Uganda after his eventual disappearance from the Olympics camp.

Ssekitoleko whose Olympics dream died upon arrival deserted the Ugandan camp in anticipation that he would start up a new life in Japan as he quested to rescue himself and family from languishing in abject poverty. However, his dream of starting a new life was short lived after the Ugandan government liaised with Tokyo to work on his immediate repatriation. Uganda says Ssekitoleko breached his visa terms and therefore he is to be charged with a case not yet known.

His prolonged detention at Jinja road police station has since sparked an outburst from the public with people roasting the government for failing to rehabilitate the sportsman whose life has deteriorated tremendously due to economic constraints.

Twine however says the detention is justifiable and for the athlete’s own good. “We have detained him with other suspects to save him from himself. He my be traumatised at the moment a thing that may implore him into harming his life. So we put him out of isolation and mixed him with other suspects,” Twine says. “We are in touch with the office of the Director of Public Prosecutions to see what charges we can impose on him,” he added.

However, senior legal gurus say Ssekitoleko can only be charged in Tokyo where he breached the Visa rules but not in Uganda unless the two countries have a mutual legal understanding. Ex Minister Ssuubi Kiwanda has trashed Sskitoleko’s detention saying it is uncalled for and disrespectful to someone who went to represent the country. Kampala central MP Muhammad Nsereko adds that it is disgraceful that the government of Uganda is charging a struggling Ssekitoleko as if he is an ‘enemy of the state’.