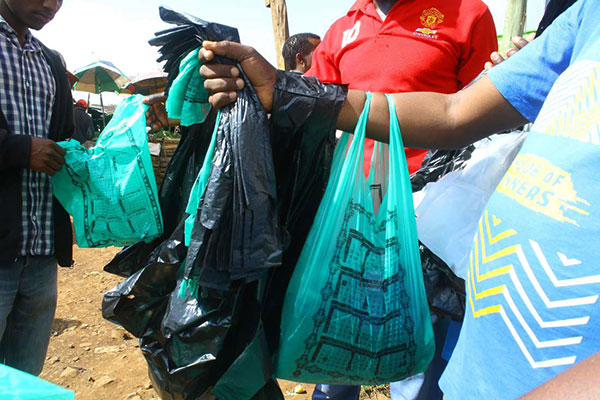 The state Minister for environment Beatrice Anywar has imposed an immediate embargo on the manufacturing, sale and consumption of polythene bags locally known as ‘Kavera’ citing environmental concerns. According to the Minister, anyone caught manufacturing, selling, or using polythene shall be arrested and prosecuted.

Anywar says the polythene have largely destroyed the environment. “In our findings, we realized that all the Buvera products are destructive to the environment,” she intimated. “We therefore warn all supermarkets, retail shops and manufacturers to get other alternative means of packaging other than polythene. The Kavera ban takes immediate effect,” she said.

Anywar made the remarks on Tuesday at the Uganda Media Centre where she also lashed out at wetland encroachers. The embittered Minister also added that land titles of companies and houses on wetlands shall be cancelled with immediate effect. She also further discouraged rice growing in the wet lands warning that those who persist with the activity defiantly will be arrested and charged.

It is not the first time that government is imposing a ban on polythene products. In 2019, the same embargo was announced but nobody complied since the polythene manufacturing plants are jointly owned by government officials and Chinese investors and therefore regulating them would be equally like shooting at one’s own foot.