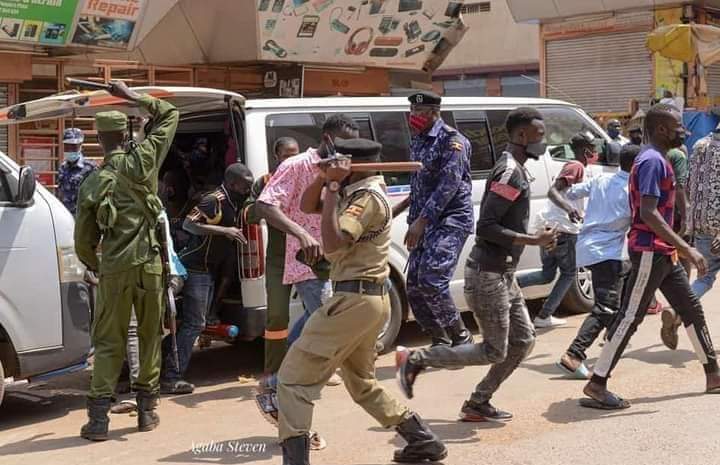 With just hours left for the 42 day lockdown to come to an end, police brutality has also pitched up higher than before according to a current survey. Ugandans who are warming up for the partial or full reopening of the economy say they have struggled to overcome these harsh days of devastation and hardships.

On top of being made redundant as most have been facing off with security forces on a daily, some have lost their lives after being deliberately murdered by the armed forces who kill with impunity guising as enforcers of presidential directives on covid. The preceding week, a Boda rider carrying a patient to hospital was whipped mercilessly by a police officer in Mpererwe at a security road block and he died instantly after losing control of his bike in motion. To-date, no officer on duty on that specific date has ever been summoned to account for the atrocious incident.

These among the many are some of the cases that will not fade off the memories of Ugandans who have endured this lengthy lockdown which ends tomorrow. President Museveni who announced this murderous lockdown is returning at 20:00hrs on Friday to give an update on whether to lift the lockdown or not. However, sources in state house say he has been asked by his Doctor, Monica Musenero to maintain the lockdown till at least 22 million Ugandans are vaccinated.