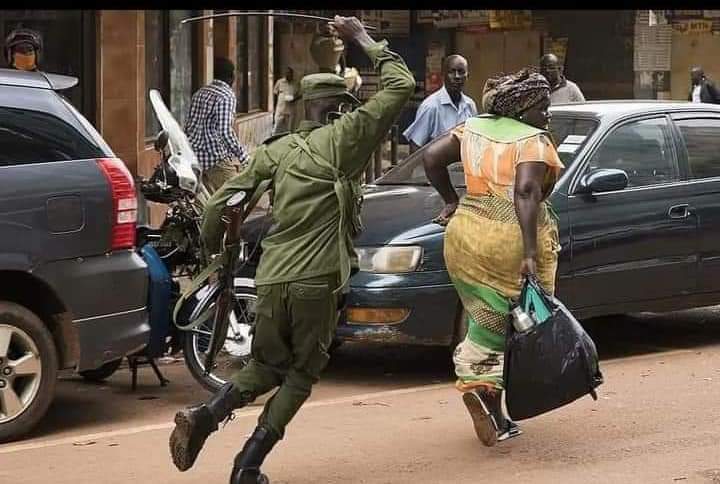 As the lockdown hits its final lapse, the police officers have persistently failed to show any signs of respect for human rights. This follows another police officer whom today morning during a chase after a crowd of vendors around Kisekka market kicked a 9 months old pregnant woman and left her grappling with pain.

According to eye witness accounts, the errant officer who was not captured on camera went ahead to step on the belly of the heavily pregnant woman leaving her in untold pain. “We all saw him from a distance. He ran and kicked her when she fell down, he mercilessly stepped on her belly,” one of the witnesses says. “The woman kept on pleading but her pleas fell on deaf ears. The officer seems to have enjoyed his atrocious act,” adds the witness.

This atrocity follows yesterday’s heinous act of violence which police meted out on a Boda rider and left him lifeless on Bakuli street in Kampala. Police have not yet commented on all these unprofessional incidents as neither the police spokesperson Fred Enanga nor Kampala Metropolitan police spokesperson Luke Owoyesigire are aware of the scenarios.