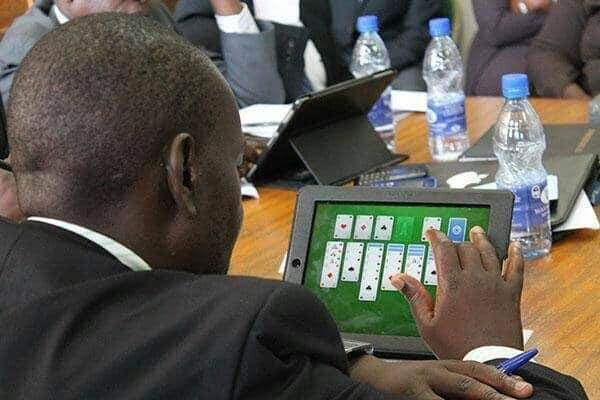 The eleventh Parliament of Uganda has spent at least UGX 2 billion on procurement of iPads for the legislators. The Ipad cash comes just after the heated debate on the vehicles cash has not yet settled.

According to parliament, the 560 ipads are meant to assist the 529 Members of Parliament, including ministers that are ex-officio members in the 11th Parliament. The public relations officer for parliament, Chris Obore says the Ipads are an entitlement to the MPs and therefore the public should refrain from making any criticisms. “We understand the frustration our people having at the moment but please let’s try to understand that these things our MPs are receiving are budgeted for. Of course it remains parliament property and not an individual asset,” he says. “The Ipads will enable them to even work from their respective homes without necessarily having to report to office on a daily,” he added.

The Deputy Speaker Rt Hon Anita Amongi says all MPs will recieve their Ipads by mid next week.

The MPs especially those from the ruling National Resistance Movement party were happy to recieve the news saying that Ipads will help them in doing their parliamentary work well especially through the use of long distance technology of attending parliament sessions to curb the spread of covid 19.

It should be noted that out of the 457 legislators of the tenth parliament, only 5 returned the IPads while the rest opted to refund the money that was reportedly channelled to the consolidated fund.