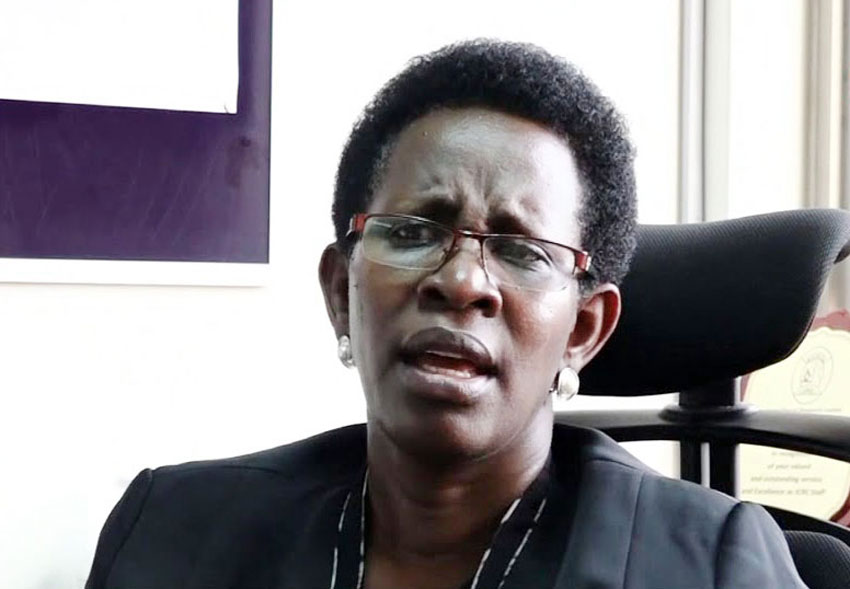 Reports suggest that the Permanent Secretary to the Ministry of Health Dr. Diana Atwine is still in grave shock following last week’s baby coffin protest that ensued at Clement Hill road near Mulago National Referral Hospital. A casket harbouring posters inscribed with wordings denouncing Atwine was abandoned by a group of protesters who quested for her resignation.

A week down the road, Dr. Atwine remains haunted by the memories of the baby coffin and in fact, it is said that she nearly felt like tendering in her resignation that very day not until she received comforting phone calls from her brother in law also agriculture minister Frank Kagyigyi Tumwebaze and her own paternal uncle who is also the president Gen. Yoweri Museveni.

“Dr. Atwine was in bad moods when she saw the news making rounds on social media platforms. She nearly smashed her phone,” one of her close relatives says. “The previous protests had forced her to the beach on a Sunday but not this one was done on Monday when the week was just starting,” the relative adds.

She further says that Atwine was tired of being singled out in the covid money heist and she had just finished writing a resignation note to the president before she got his comforting call. “Dr. Atwine fears being attacked by the public. She is not the kind that wants to be in the news all the time for the bad reasons,” the aide tells Ekyooto. “Her father is a cousin to the president. It is the only reason she is still in that position,” she adds.