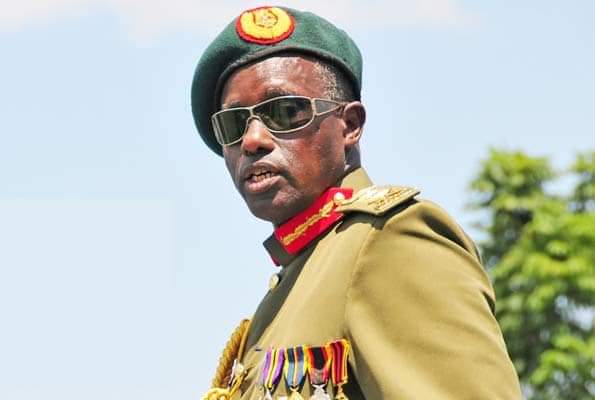 A widow by names of Kamaruka Medius, 67 from Kazo in Ankole has cried for help from the top authorities following a land dispute between her and former Security Minister, Gen Elly Tumwine. The four star bush war historical who earlier made a pledge that he would engage his boss Museveni in conversations regarding his retirement plan seems to have retreated as he now pursues a piece of land belonging to a widow.

According to the widow, Gen Tumwine entered into an agreement with her late husband where he rented 400 acres of their land to set up a daily farm 13 years ago.

According to Gen Tumwine, the widow knows nothing about the agreement he had with her late husband with Tumwine claiming further that the agreement is still on. Asked to share the copy of the agreement, Tumwine said he does not share his personal documents with any one.

Tumwine further adds that he told the widow that he will inform her when the agreement expires so that they sit on a round table to discuss the way foward.

The Chairperson of the village said he is aware of the matter between Tumwine and the widow but added that Gen Tumwine is not receptive over the matter and has deliberately refused respond to the summons from the village authorities.