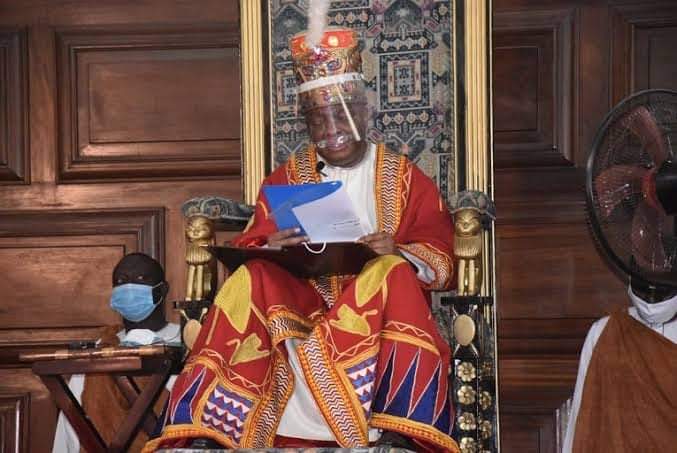 Yesterday was the 28th coronation anniversary of His Majesty the Kabaka of Buganda Ronald Muwenda Mutebi II ever since he took charge of the kingdom in 1993 after a long period of 27 years without a reigning King.

The 28th coronation anniversary which was held in Lwengo district came at a time when the Central  government leaders are rubbing shoulders with the Kingdom over land disputes (Mailo land).

While addressing his subjects, the king took time to hint on the matter saying that all those who are initiating the idea of abolishing the mailo land system have evil intentions of weakening Buganda as a kingdom which prides in having vast chunks of land.

The Kabaka posed a question as to why the land question is only targeting Buganda territories as if other areas are not part of Uganda.

The Kabaka added that Buganda has no intentions of cutting itself off Uganda as alleged by naysayers. He says that the central government should not take Buganda’s silence to be a sign of subjugation.

The Kabaka also reminded government that for the restoration of the Kingdom to happen, Buganda took an extra step of getting involved directly in the overthrow of the dictatorial regimes that had abolished it together with other kingdoms.

President Museveni is against the Mailo land system which according to him has hindered development and led to alot of land wrangles that have seen many ternants being evicted by their land Lords without following the law.