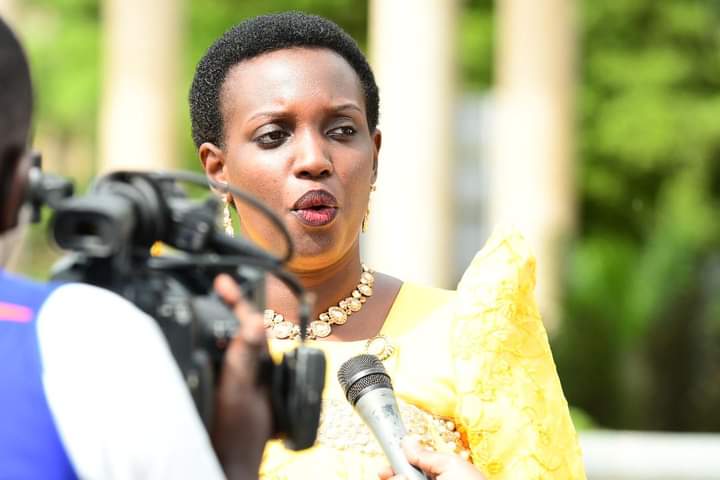 State Minister for the office of the Vice President also woman Member of parliament for Buikwe District Hon. Diana Mutasingwa was on Thursday involved in a motor accident after concluding her meeting with operation wealth creation boss Gen. Salim Saleh.

The accident occurred along the Gulu-Kampala Highway. It is reported that she sustained minor injuries, while other vehicle occupants with whom she was travelling are in a critical condition. They are all admitted at Bombo Millitary Barracks where they are being managed.

Earlier on Thursday day, Hon. Mutasingwa and the Vice President H.E Jessica Alupo paid a courtesy visit to Gen Salim Saleh of Operation Wealth Creation in Gulu to discuss on how best to implement the Parish Model for development.

It should be noted that even parliament has granted legislators a seven day leave to follow up on the Emyooga and parish model scheme.

Some political pundits say that the office of the Vice President has since 2011 been under the total grip and control of president Museveni’s brother Salim Saleh. The former VP Edward Kiwanuka Ssekandi has also been seen several times paying countless visits to Gen. Saleh to seek guidance. It is said this must have been the reason why former speaker of parliament rejected calls to take over the VP office citing her feud with Gen. Saleh whom she could not work under.