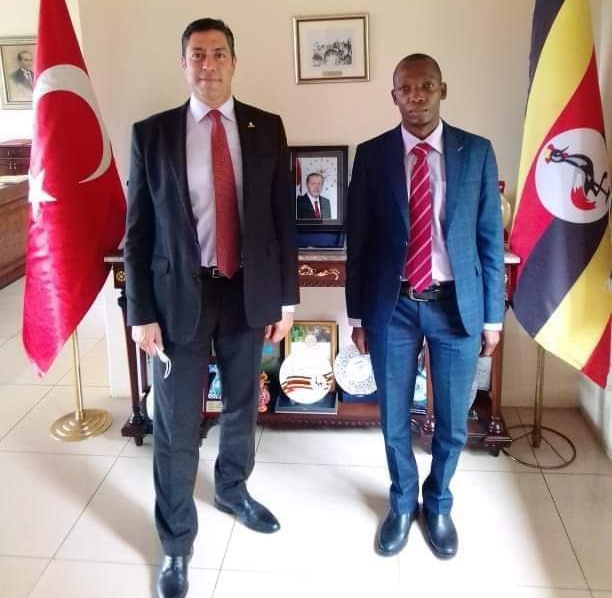 I informed the Ambassador to deliver our Message to the Turkish Government that:

1. Lumbuye is a Ugandan but has never been declared a Criminal by any Court as alleged by Uganda Government officials. He remain innocent and should be treated so in terms of Uganda.
2. Lumbuye is a Human Rights & Political Activist whose views and opinion are not Criminal under our laws.
3.That Uganda Government deliberately refused to renew Lumbuye’s Passport for now years merely because he has been a critique of bad governance and is a Human rights Activist.
4. That Uganda has a DEATH Penalty and it will be in breach of international law to honor any request by Uganda or even on its own for Turkey to risk a deportation to Uganda of Lumbuye.
5. That Lumbuye should be accorded his full rights to defend himself if arrested or charged of any offence within Turkey & be allowed legal representation wherever he is detained.
6.That Uganda has a bad Human rights and Prosecution record for Political critics. Many go missing,those presented in Court appear with torture wounds and majority deliberately charged in Court Martial. I invited Turkish Government to refer to the recent BBC documentary on Extra judicial killings in Uganda & various Human rights Reports on Uganda .
8. That it is in Public Interest that LUMBUYE if declared unwanted by Turkey should at minimum be handled to the United Nations Comission on Refugees.
9. That it will be a risky to his life if Lumbuye is handled over to Uganda .
10. That Turkey has stood for the oppressed on many fronts and has powers to pardon ,forgive or even release without charge any person to which we invite Turkish Government to consider the same for Lumbuye.

The Turkish Ambasador to Uganda informed me, that he notified Uganda Foreign Ministry of his meeting with me today as Shadow Foreign Minister, and is going to deliver our concerns to the Turkish Government within today.

Ambasador notified me that TURKEY does not condone crime, but as well does not intefear with internal affairs of other Countries and will not intefear with Uganda affairs. Further that Turkey accords full rights to any person suspected or arrested within Turkey and notified me that the news of deportation or extradition of Lumbuye are mere rumours and unknown to the Embassy.

Meanwhile l was informed the Diaspora team in Turkey by yesterday had secured services of Lawyers,and planned to increase legal representative. I’m told of a planned joint follow up meeting to be attended by Hon Zaake & comrade Saazi within Turkey.

The voices of all of you globaly and efforts to engage various stakeholders cannot be underestimated . It is not yet over until he is out and free. Let’s Soldier on.