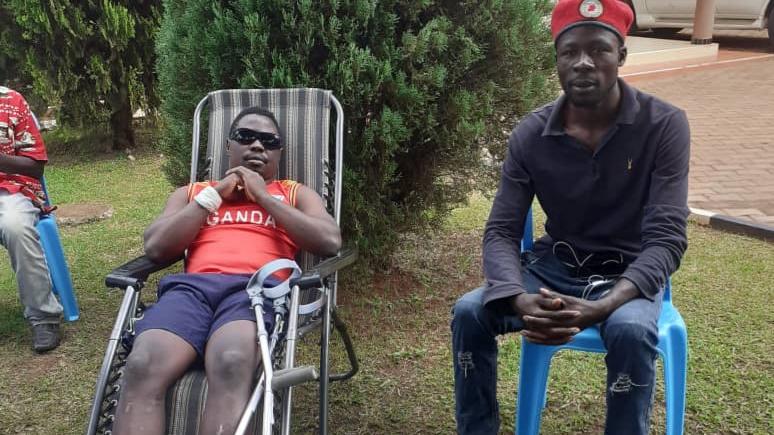 The High Court has today offered a verdict in the torture case of miscellaneous cause No. 85 of 2020 (Hon. Zaake Vs. the AG and 7 others) where they ruled that the Mityana municipality MP should be compensated.

Her worship Hon. Justice Esta Nambayo agrees with the learned counsel Eron Kiiza that a plethora of the applicant’s constitutional liberties; to privacy (invasion of my home without warrant on April 19, 2020) , fair trial (held incommunicado for more than 10 days) were among others breached.

The Judge rules that the applicant gets a compensation of UGX 75 million for the torture inflicted on him at the time of arrest and during the illegal detention that contravened a court order from the Nakawa court on April 27 last year.

“A declaration be and is hereby issued that the infliction of pain and injury on the applicant by police during his detention infringed on his fundamental human rights to dignity and freedom from torture and cruel, or degrading human treatment or punishment protected under articles 20 , 24, 44 (a) of the 1995 constitution,” reads part of the verdict. “It is hereby ordered that the 1st respondent pays a sum of UGX 75 million to the applicant in compensation of violation of his rights and freedoms,” reads another part.

I am delighted to inform you comrades that I have WON the case I filed in the High Court against criminal police officers who tortured me in April last year for donating food to my neighbours during the first lockdown. These criminals were led by Mwine Alex Mukono (former DPC Mityana Municipality) and Bob Kagarura (former RPC Wamala Region) as well as operatives at Police’s SIU torture facility in Kireka.

The Judge, Her Lordship Esta Nambayo, has declared that the intentional infliction upon me of pain and injury during my detention by the Police infringed on my “fundamental human rights to dignity and freedom from torture and cruel, inhuman or degrading treatment or punishment” which are protected by the 1995 constitution. She has also declared that the 10 days I was detained while being tortured without being presented to Court was in breach of my right to liberty, and consequently ordered the State to pay me UGX 75,000,000/= as compensation, as well as paying costs of the case.

I am particularly happy that like the proverbial dead clock that is at least correct twice a day, the Judiciary has delivered justice at a time when so many other victims of even worse state wrongs are routinely denied redress for fear of upsetting the dictator and his enablers. We must keep up our struggle against misrule until such a time when getting justice from the judicial system is a certainty, not just a possibility. #WeAreRemovingaDictator