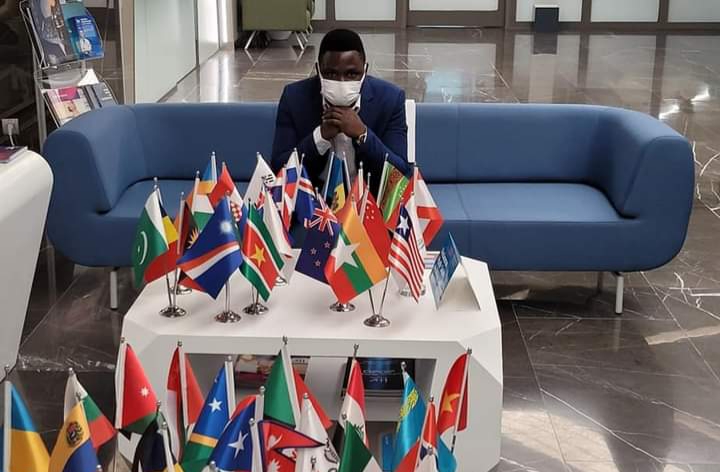 After arriving in Turkey, I spoke on phone with a Turkish lawyer who had been already identified and retained by the Ugandan community in Turkey. The lawyer, to whom I was connected by members of the Ugandan community, assured me that he had been able to communicate with Mr. Lumbuye Fred from his place of detention inside Turkey. The lawyer went ahead to share with me photos of documents in Turkish language which he said were proof that he had already began processing asylum for Mr. Lumbuye in a safer jurisdiction.

The lawyer then informed me of a bill of $71,000 (approx. UGX 250M) as his legal fees and assured us that if we raised that money, he would complete all the necessary paperwork to have Lumbuye freed and flown out for asylum elsewhere. He also said that once he is paid, he would make arrangements for us to see Lumbuye in person from his place of detention by Turkish authorities. Please note that this is a bill he had already communicated to the community in Turkey before I engaged him.

On hearing about the legal fee, well-meaning Ugandans in Uganda and abroad immediately started a frantic fundraising campaign so as to get our comrade Lumbuye out of harm’s way. This campaign, which is still ongoing, is run by NUP chapters in the diaspora led by comrade Herman Ainebyona. Even the money contributed from Uganda is also being sent to a Ugandan number identified and controlled by leaders in the diaspora.

At the beginning of this week, Counsel Wameli Anthony (Head, NUP Legal) and Counsel Muwada Nkunyingi (Shadow Minister, Foreign Affairs) flew into Turkey to conduct due-diligence activities necessary to establish the exact circumstances of Lumbuye’s disappearance and where he is being detained from before any money could be paid to the Turkish lawyer.

I understand that for unclear reasons, the lawyer has declined to physically meet Counsel Wameli and Muwada ever since they set foot in Turkey although he has spoken to them on phone. Despite their diligent efforts, the two have been unable to locate Lumbuye in any of Turkey’s gazetted detention facilities, let alone speak with or see him, contrary to the Turkish lawyer’s earlier assurances. The more questions we have asked, the less answers we have received.

The above background casts doubt on the participation of legitimate Turkish law enforcement agencies in the disappearance of comrade Lumbuye, and instead suggests the possible involvement of rogue non-State actors within the country. It has also compelled me to think that perhaps the Turkish lawyer is not seized with all the basic information about Lumbuye’s disappearance, contrary to what I genuinely believed and communicated to you earlier.

Whereas the Turkish lawyer insists that Lumbuye is still in Turkey and that he (the lawyer) should first be paid to arrange access, I understand that none of the money fundraised so far has been paid to him because doing so would be imprudent in light of the situation on ground. Authoritative communication about this issue will be made by the NUP Diaspora leadership in due course.

I am confident that the legal efforts of Counsel Muwada and Wameli will guide all of us to the bottom of this rather puzzling matter. As you may have seen already, they are doing whatever they can to keep the public updated. I encourage the rest of us to keep comrade Lumbuye in our prayers and hope that the situation terminates in the favor of our struggle against dictatorship. #WeAreRemovingaDictator