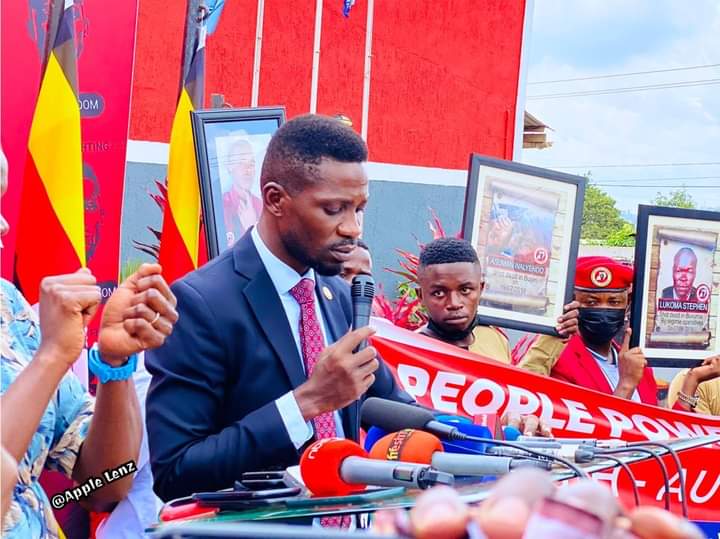 In commemoration of their fallen party members, the National Unity Platform party today lit candles and flew flags at half mast. The party leadership headed by Hon. Kyagulanyi Ssentamu Robert aka Bobi Wine celebrates this day every year as a gesture that they still value the lives of their loved ones who have been killed in the struggle for liberation. The first to be murdered was Kyagulanyi’s own driver Yasin Kawuuma who was gunned down in Arua by the elite presidential guard dubbed SFC.

The regime has since launched a killing spree on youthful supporters who pay allegiance to the People Power movement which morphed to the National Unity Platform party. Several Bobi Wine supporters languish in various prisons and safe houses while the unlucky ones have lost their lives.

Earlier today, I joined other members of the National Unity Platform to honour deceased comrades whose lives have been violently taken away by the regime in the course of our struggle against dictatorship. 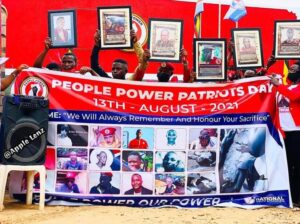 We celebrate 13th August of every year as our Heroes Day on in memory of our departed comrades because it was on that date in 2018 when we lost our first martyr, Yasin Kawuma, who was shot dead by the SFC militia during the Arua bye-elections.

Since then, many of our brothers and sisters such as Ritah Nabukenya, Dan Kyeyune, Hakim Ssekamwa, Francis Ssenteza and many others have also lost their lives to regime security forces as a punishment for seeking change. Continue resting in peace, comrades. In your memory, #WeAreRemovingaDictator.