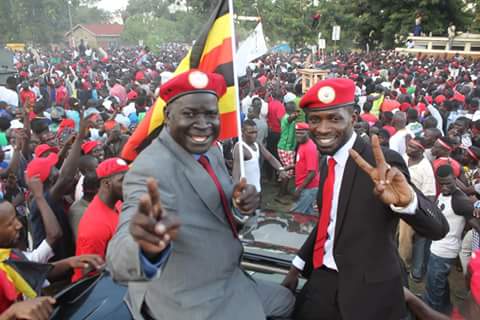 On this day in 2018 Yasin Kawuuma a driver to then Kyadondo East MP Bobi Wine was shot by the elite Special Forces Command. This day is annually commemorated by the People Power supporters who convene at the Kamwokya based head offices and pray for the soul of their loved one, Yasin Kawuuma.

SEE ALSO: Paying tribute to Yasin Kawuma; A hero of our struggle!

Road to 2021: Bobi Wine takes first campaign to Arua where his story began

Hon. Kyagulanyi Ssentamu Robert alias Bobi Wine a popstar turned politician was campaigning for the People Power candidate Kasiano Wadri Ezati in the Arua municipality seat that was rendered vacant following the assassination of its occupant Ibrahim Abiriga. At the time of the tragic attack engineered by the presidental guard, Bobi Wine had defeated the sitting NRM party in several byelections around the country.

Several political leaders mainly Members of Parliament were brutally arrested, tortured and arraigned before court in visibly frail state to justify their torture.

Hon. Kyagulanyi surfaced in court on clutches while Zaake Francis of Mityana municipality couldn’t even see. His captors thumped him to pulp before dropping him at Rubaga hospital in Kampala. Police claimed a sickly Zaake had escaped from custody. At least 33 people were charged with possession of military stores (rifles) and they were all separately charged from Arua and Gulu district high courts. Bobi’s vehicles were all impounded at the Arua central police station where they remain to-date. No security officer has ever been charged or arrested over the murder of Yasin Kawuuma.