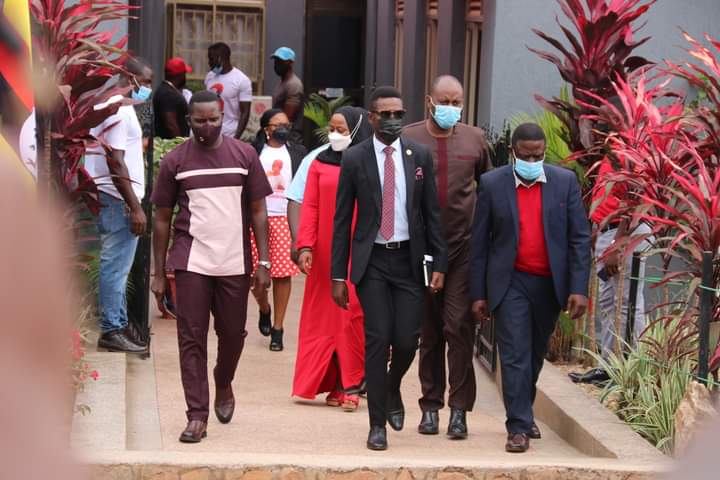 There have been numerous questions and concerns regarding the case of comrade Fred Lumbuye Kajjubi, a renowned political activist. In this post, I want to clarify on the efforts made thus far.

It is important to note the following:

1. When we learnt of the arrest or kidnap of comrade Lumbuye, we were very concerned. We set out to contact our diaspora leadership team in Turkey, but unfortunately they did not have a lot of information regarding this case.

2. We contacted some of Lumbuye’s close friends to try and establish what information they had on the matter. They connected the team to a lawyer based in Turkey – One Mustafa Demir, who they said was responsible for the case.

3. That lawyer did not allow Hon. Zaake (who was traveling to Turkey) or anyone else to see him physically although he spoke to them on phone. He demanded legal fees worth 71,000 USD. We all thought this was a lot of money, and different people tried to negotiate the amount down, but they were unsuccessful.

4. Our diaspora leadership team set out to fundraise for the legal fees, while we engaged other processes. Many Ugandans in the diaspora responded to the call and contributed money through the different diaspora chapters (countries).

5. At some point Mr. Okello Oryem, Gen. Museveni’s minister for foreign affairs came out and claimed Lumbuye was being transported to Uganda and that he would arrive last Saturday morning. Several team members, including Hon. Muwadda were at the airport all night, and did not see Lumbuye being brought in that day. We had put the legal teams on alert to immediately take on the case upon his arrival, which didn’t happen. We engaged with the Turkish embassy in Uganda, but they did not disclose any information. Efforts to get information from the Ugandan authorities have also been futile to date.

6. In Turkey, efforts were ongoing to try and engage the lawyer over there, but for reasons best known to him, he was hesitant to meet any of our people. It was at that point that we took a decision to send part of our legal team to Turkey to establish what exactly was going on. We reasoned that it would be improper, even if the required money was raised, to just hand it over to someone who no body had been allowed to meet physically. Secondly, we wanted at least one of our lawyers to be taken to where Lumbuye is being held for a proper understanding of the situation.

7. Therefore Comrade Wameli Anthony and Comrade Muwadda Nkunyinji left Uganda for Turkey. Upon arrival, they attempted to meet the lawyer, but he declined to meet them. Hon. Muwadda visited the law firm which the lawyer ostensibly heads, but he only interacted with his juniors. The following day, they both went back to the lawyer’s chambers and waited all day for the lawyer to see them, but he did not show up. It is important to note that all the earlier statements made by different leaders regarding this case were premised on the assurances given by the lawyer, who was introduced to the team by Lumbuye’s known friends.

8. It was at that point that Wameli and Muwadda decided to engage another lawyer in Turkey (Adnan Sahin) because the interest was in knowing where Lumbuye is being held and what assistance he requires. For the past two days, the new lawyer has been very cooperative and helpful. Together, they have contacted different Turkish authorities and visited some detention centres for information. Although they have gotten some leads, they haven’t been able to establish with certainity where Lumbuye is.

9. We have assurance from our diaspora leadership team that all the money collected for this case thus far is still intact, and it is still in the hands of the respective diaspora chapters.

10. In Uganda, part of the legal team yesterday filed a habeas corpus application seeking to compel the regime to produce Lumbuye before a competent court if he is in their custody. The premise of this application is that the minister owned Lumbuye and claimed he was being returned to Uganda. There has also been unconfirmed information that he was stealthily brought into the country. We also saw a temporary travel document being circulated online but we couldn’t ascertain its authenticity.

11. In conclusion, it is difficult to tell with certainity where Fred Lumbuye is at the moment. He may still be in Turkey, but he might have been brought into Uganda mafia-style. That is why our efforts have been multi-pronged.

As soon as we have new information, it will be shared accordingly.

We continue to appreciate all Ugandans abroad and at home for their interest in this matter and continue to call for action to see that comrade Lumbuye regains his freedom.