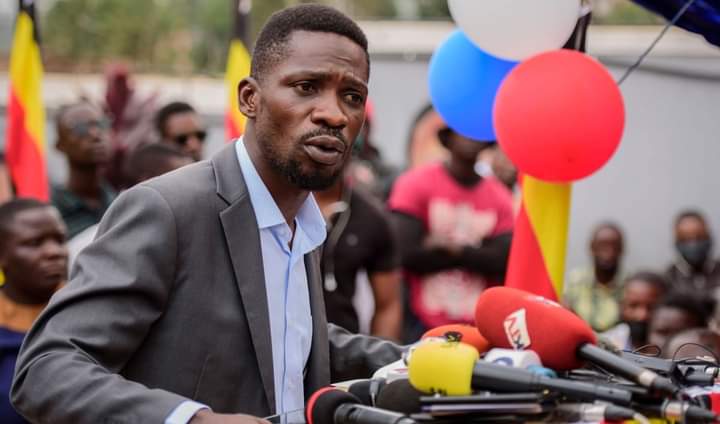 “Museveni spoilt Lockech’s good Millitary career in the last 8 months of his life by putting him into direct confrontation with the citizens,” says Hon. Kyagulanyi Ssentamu Robert aka Bobi Wine.

The death of Deputy IGP Maj Gen Lokech on Saturday morning shocked so many people with NUP’s President Hon Kyagulanyi being among them.

SEE ALSO: Deleted or not; FDC tweet on Lokech made sense

Today the opposition figure has come out to mourn with the rest of Ugandans and also asking God to comfort the lives of the beloved ones of the fallen General.

Kyagulanyi praised Lokech for having a great Millitary career but however said that it was tarnished in the last 8 months of his life the day Gen Museveni appointed him as deputy IGP.

Kyagulanyi says that Museveni intentionally put Lokech in direct confrontation with the citizens of Uganda where many were arrested, tortured and killed during his tenure as deputy IGP especially after the November 2020 riots.

Kyagulanyi adds that it’s unfortunate for Lockech to have winded up his good Millitary career in such a manner.

Kyagulanyi also says that the death of Gen Lockech deserves an independent investigation because Lockech just like many other top Millitary Generals have died of blood clots and heart attacks something that leaves alot of questions than answers.

Kyagulanyi has therefore urged the people of Acholi region and Lockech’s family to demand government an independent investigation for the cause of his death. Gen Lockech the lion of Mogadishu breathed his last on Saturday morning with his death attributed to a blood clot following a fall alleged to have occured at the start of this month.