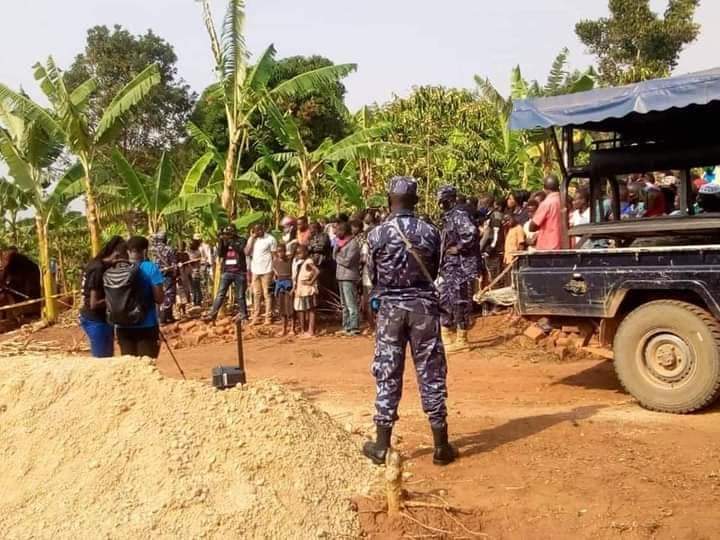 Masaka Residence District Commissioner also head of district security, Fred Bamwiine has left the public in total awe after saying they have deployed enough police officers to respond to a crime scene in ten minutes.

According to Bamwiine, the Masaka security have boosted their response unit to attend to victims of the ongoing Masaka carnage in a space of ten minutes. The killings are championed by unknown machete wielding bandits whom locals claim to be well known to the security chiefs since they operate in curfew hours.

According to Bamwiine, the security team will now respond to an attack in at least a pattern of ten minutes.

“We have met several Masaka leaders, gave them security tips. We have put patrols in place and gave ourselves a target that we shall always be at the crime scene in less than 10 minutes after any crime incident has happened,” he said in a Sunday exclusive with NBS Eagle. “You see, these locals are also violating curfew time. We cautioned them against moving in curfew time but they don’t listen,” he added.

Bamwiine’s comments have left the public in utter shock with many wondering why police would have to wait for a crime to ensue and then rush to the scene when criminals have fled off.

“Police is supposed to be a preventive force that should curb crime. I find it ridiculous that the RDC even has the courage to boast about how they’re now equipped to rush to the scene in ten minutes,” Mutyaba Alex, a local from Nyendo fumes. “Why do they have to wait for crimes to happen? I thought their role is to patrol and ensure that no crime as such occurs,” he adds.

By press time, the death toll had clicked 27 following another Sunday night murder of a 75 year old from Lwengo district.