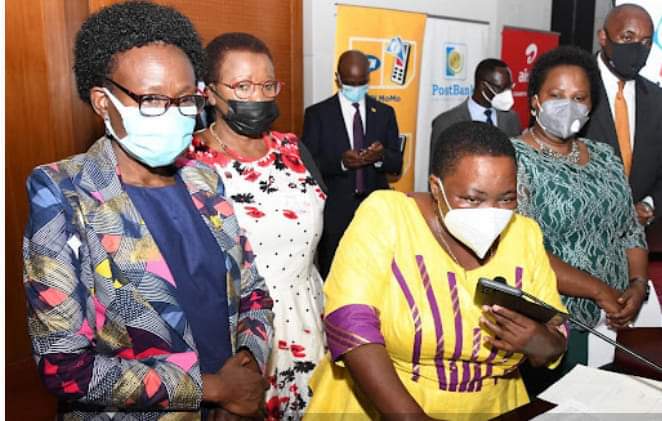 The Prime Minister Rt. Hon. Robinah Nabbanja has given a two-week ultimatim to Bulambuli District leaders to ensure that each family settled at Bunambutye Resettlement Camp is given a second acre of land for farming as per the 2019 presidential directive.

Ms Nabbanja made the directive during the commissioning of Bunambutye Health Centre III at the weekend.

“I have directed that starting on Monday [today], they should distribute land to the victims, who are suffering because they don’t have food. Let them have the land so that they can grow their food,” she said.

This follows complaints raised by the chairperson of landslide victims, Mr Nathan Wilson Wanasolo, who said the district leaders had deliberately refused to add them a second piece of land despite the Presidential directive in 2019.

“We were promised two acres but the district has only given us one acre, which is not enough. To make matters worse, this area receives little rain and it has only one season in a year for planting crops,” he said.

Mr Wanasolo added that some families were starving because the crops they planted in April dried up due to harsh weather conditions.

“We also ask government to fulfil its promise of providing us with water for production and tractors for improved mechanisation,” he said.

We also found out that the district leaders had earlier warned Mr Wanasolo against raising issues facing the landslide victims.

Some of the victims said part of the land meant for them had been grabbed or encroached on by investors in connivance with the district leaders.
They also complained of lack of access to clean water and electricity.

Mr Robert Wamai, one of the victims, said: “We have not been provided with electricity and water for domestic use. This has made life very difficult.”
He added that many children have dropped out of school after the administration of Masaba Secondary School, where they were admitted, chased them away over lack of fees.

“The school chased away most of our children claiming that the Office of the Prime Minister (OPM) only knows 56 students and yet there are more than 223 in the resettlement,” Mr Wamai said.

The victims also claimed that their children, who sat for Uganda Advanced Certificate of Education (UACE) at the same school, have been denied access to results.

The headmaster of Masaba Secondary School, Mr Hussein Wambede, said: “The school currently demands about Shs150m in fees arrears but efforts to have it paid has not yielded results. The school’s activities have been crippled due to debts.”

While responding to the issues raised by the landslide victims, Ms Nabbanja said it was unfortunate that the district had acted contrary to the Presidential directives.

She added that she was aware that some leaders tried to stop the victims from raising some of their grievances.

“I was told that they were stopped from including some of their grievances in the memorandum by some people,” Ms Nabbanja said.

The Bulambuli Resident District Commissioner, Mr Peter Paak Pex, said the land is available but attributed the delay to distribute it to lack of funds.