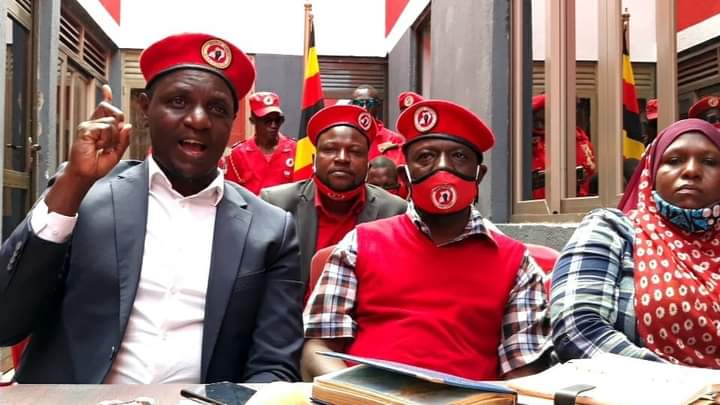 Mr Serwadda Sulaiman Kidandala has cried out saying top govt officials are telling him to drop a case has against Ssegirinya Muhammed for allegedly strategic reasons.

Kidandala had sued to oust his political nemesis Muhammad Ssegirinya from parliament but even before hearing of the petition kicks off, Sulaiman Kidandala, the losing candidate in the 2021 Kawempe North parliamentary race, claims he is being pressured by officials in government and security to drop the case citing national interests and strategic reasons.

Kidandala also voiced his frustration at the lack of progress on the case. He points a finger of blame at forces interested in keeping Ssegirinya, a member of the opposition National Unity Platform, in parliament.

Kidandala had a difficult time convincing court that his legal team actually served Ssegirinya, the defendant, with the petition in prison. Ssegirinya insisted he was never served, the prison authorities supported his side of the story and the Electoral Commission demanded that the petition be dismissed.

“Looking at the way the Electoral Commission is acting, looking at how other actors are acting, I’m not surprised. With time, we shall uncover the so many forces behind this. You don’t know how much pressure I’m under. People in government calling you and telling you, please pull out this (case), we have interest. Everyone is interested in this matter; security organs are interested in this matter,” Kidandala said

On August 16, High court started hearing 155 election petitions of losing candidates challenging the victory of winners in 2021 parliamentary and local government elections. Hearing of the petitions was halted earlier by Chief Justice Alfonse Owinyi-Dollo after President Museveni shut down the country for 42 days to slow the spread of Covid-19.

But the start of the petition hearings a fortnight ago added an interesting layer of drama. Some respondents profusely denied knowing they had been sued. Now courts have to first determine and dispose of applications seeking to strike out these petitions on grounds that the petitioners didn’t serve the defendants.

According to an affidavit sworn by Fred Kato, a lawyer with Alaka and Company Advocates, the firm representing Kidandala, Ssegirinya declined to receive the petition in Kitalya prison in the absence of his lawyers.

Kato claims that when he reached Kitalya prison, he met a prison guard at the check point whose name he did not establish. He said he showed the guard a copy of the court order and informed him that he was at the prison to serve Ssegirinya through the officer in charge (OC) of the said prison.

The OC, however, was not around but according to Kato, he talked to him on phone and the OC requested him to give the documents to the deputy officer in charge of the prison Felix Mugiya.

But in a sworn affidavit tendered in court, Mugiya denied Kato’s story and insisted that Ssegirinya was never served, at least not through him.

Then the Electoral Commission demanded that petitions, which were not served on the winner of the election, must be struck out by court.

But Kidandala’s lawyers led by Kenneth Paul Kakande, insisted Ssegirinya wanted to defeat justice by hiding behind technicalities. Kakande also accused the Electoral Commission of trying to be Ssegirinya’s lawyers by asking court to dismiss the petition for lack of service.