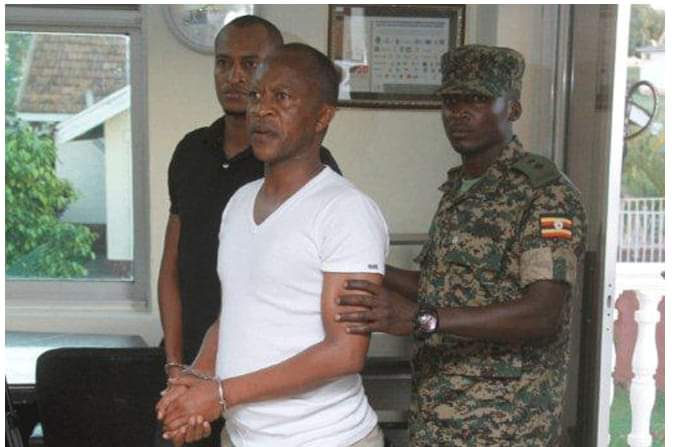 The self anointed leader for the Bavandimwe community Frank Gashumba is in the spotlight over his double standards when it comes to matters of his pseudo activism. Earlier last August when Ugandan government critic and blogger Kajjubi Fred Lumbuye was arrested in Istanbul, Frank Gashumba was among the first people to openly celebrate the development. Gashumba even made live videos appluading the Ugandan government for cracking its whip on dissenting voices especially bloggers of the National Unity Platform party. In his words, “Lumbuye deserved it”, Gashumba didn’t bow to criticism and instead persisted with lanbasting Lumbuye.

However, when Dr. Lawrence Muganga his fellow Muvandimwe got arrested by the same security forces Gashumba has been praising, he hurriedly occupied media spaces to condemn the government for its ‘bruality’. Gashumba seems to be at comfort when it’s Ugandans being targeted. He never cane out to condemn Kigali when a Ugandan national was recently shot dead by the Rwandan armed forces.

After widespread backlash from the enraged Bavandimwe (Rwandans in Uganda) community, the government of Uganda bowed to pressure and released the Victoria University Vice Chancellor Dr. Lawrence Muganga who was in custody of CMI for a night.

The CMI intelligence finally released Dr.Lawrence Muganga the Victoria University Vice Chancellor Dr. Muganga. The accused was arrested early this week by security commandos who found him at his place of work. Charges of overstay and espionage were pressed on him by the Ugandan government. They claim Dr. Muganga is an informant of the Kigali administration leaking exclusive security information to his senior, President Paul Kagame.

Following orders from above, Mugaga has been set free but will be closely monitored by unseen security spies.

“We gave him a police bond but he will remain under our surveillance,” Deputy army spokesperson told media this morning.