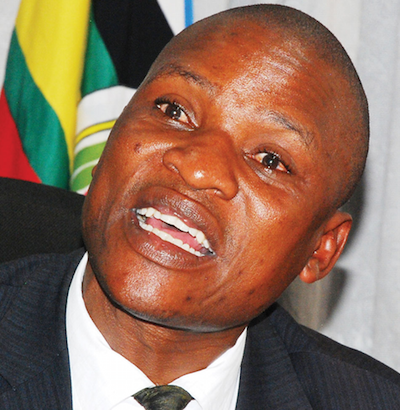 SEE ALSO: NRM flop Kiwanda laments after being kicked out of party Headquarters

According to Mirundi who spoke on the 96.3 Beat FM airwaves in Kampala, Kiwanda who postures as the ‘Number 4’ in the ruling NRM party is another manifestation that Baganda politicians are ‘wheelbarrow pushers’ in Museveni’s government.

“Kiwanda is nowhere to be seen because he was used and dumped,” Mirundi said. “He has disappeared like gonorrhea. What can the so called number 4 do now?,” he laughed.

After being convinced to step down in Mityana North, Kiwanda had anticipated a Ministry for himself but this never happened. Even his attempt to vie for the East African Legislative Assembly suffered a stillbirth as the NRM chose Maj. James Kakooza. Kiwanda has since been reduced to a lamenter with no serious work to do other than pushing a failed ‘kisoboka’ campaign slogan he adopted from Gen. Tumukunde. Even at the NRM Headquarters, Kiwanda is a persona non grata following his ejection by police on the day he surfaced at Kyadondo road based headquarters to launch his ‘kisoboka’ bid.

Mirundi also cautioned Baganda politicians in opposition where he cited FDC’s Ssemujju Nganda whom he claims works for Mafias. “Ssemujju is a hunting dog. He works for Mafias. He was used to fight Kadaga and now I see him charging at Nabbanja,” Mirundi reiterated. “Now I see him being used to fight Nabbanja. That is what makes Baganda politicians unsuccessful. They focus on petty issues,” Mirundi added.

On Ssegirinya’s fate, Mirundi says the regime is in panic and seeking an exit route. “In Arua they said Bobi Wine had guns, did you see them as the case progressed?,” he asked. “Even Ssegirinya and Ssewanyana are being framed but the real criminals are known,” he added.