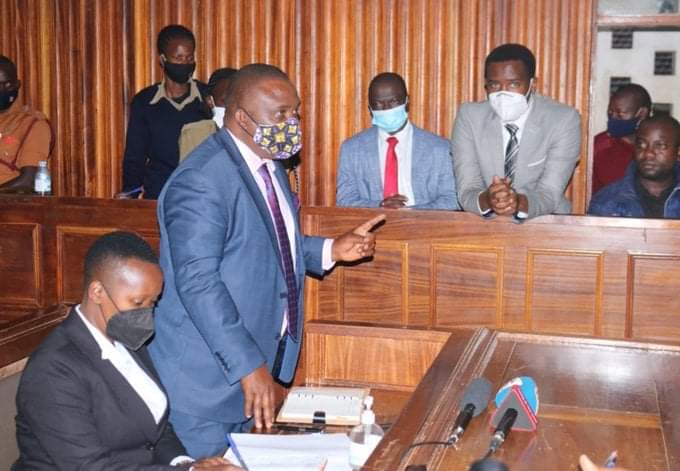 The detention of the legislators has since triggered a widespread outrage from Ugandans who say they are tired of government playing its chess games on innocent people. “It is not the first time people are wrongfully accused. You saw the Bobi Wine Arua case where the shameless regime paraded an AK 47 rifle,” remarks a one Mukiibi, a Makerere student. “The Kaweesi shooting suspects later turned out to be scapegoats also falsely charged with what they did not do,” he adds.

Other pundits have strained that when government resorts to issuing political statements in criminal cases, the real criminals end up exonerated. “I’m afraid the real culprits have been exonerated since government has resorted to issuing fake accusations,”argues Mukasa Alex, a political analyst.

In the preliminary reports showed to our reporter by one of the inside security sources it is alleged that the day Muhammad Ssegirinya went to Masaka to rescue a sickly person, he allegedly delivered some deadly weapons like Machetes and axes which police claim are being used in the murders. Police also claim they have phone records of the legislator coordinating with the perpetrators of the raids. Asked if he can share the print outs of the phone records, the security source declined to share claiming it would compromise their investigations. “I am not in position to share with you the phone record print out but be informed that we have them,” he said. “Even if we don’t have the actual print out, we can come out with one. We are in charge like you all know. We are in position to do anything to anyone whether innocent or guilty,” he added.