Besigye says he holds no ‘grudge’ on Museveni 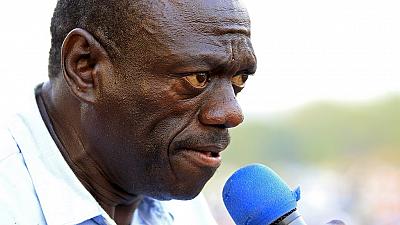 The Four time opposition FDC Presidential candidate Dr Kizza Besigye has come out to say that he doesn’t personally hate Yoweri Kaguta Museveni but only hates his actions alleging that Museveni has mismanaged this country.

SEE ALSO: Besigye: we are on the same cause with NUP

“I have no personal grudge against Museveni, I just hate the way he has mishandled Uganda,” Besigye says. “I only disagree with how he has plunged our country to immense poverty,” he adds.

Besigye says this country does not belong to Museveni and thus every Ugandan has a right to speak about the wrongs and injustices that keep spiking every now and then.

Besigye says it’s a misinterpretation from many people especially those in government that think he is fighting a personal war with Museveni claiming that the war is about liberating the country and eventually everyone will benefit from it.

Besigye adds that even if this government has attacked him personally and his family, he will never revenge on any one personally for the wrongs they did against him.

Besigye also adds that Gen Museveni should know that Ugandans are tired of him and should think of giving them the power that belongs to them and not wait to be pushed out just like the many other Dictators in Africa.

The former FDC president also adds that Museveni should look at what his fellow dictators have ended up into and thus if he really wants the future of this country to ever be stable, he should step aside before being forced to.