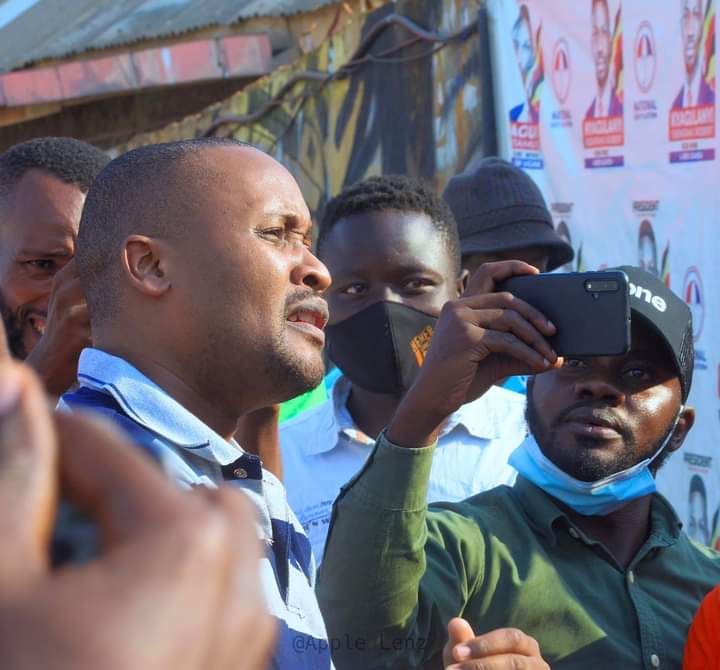 The National Unity Platform party councillor for Rubaga North Mubiru James has revealed that there are dozens of youthful supporters of the opposition being held illegally in the dungeons of Makindye military barracks.

Since time memorial, Makindye barracks has been the detention point for all the political dissenters. Idi Amin’s notorious State Research Bureau used this Makindye barracks to hold very many elites, politicians, students and intellectuals believed to be opposed to his rule.

The same has replicated in the Chieftaincy of Military Intelligence (CMI) of the Yoweri Museveni regime which is now holding very many youths inclined to the opposition NUP party.

While at his inauguration ceremony on Monday at the KCCA city hall, Mubiru James nearly broke down in tears in an emotional speech he made recounting his 6 months stay in the dungeons of Makindye military barracks. Mubiru says he underwent untold torture while in military custody. It taunted him so much that at some point he prayed to ‘lose his breath’ and leave the world to the monstrous soldiers.

He added that even as he has been freed on bail, there are very many young unknown people grappling with enslavement and degrading inhumane torture inside the cells. “I have left very many youths facing torture,” Mubiru emotionally opened up. “So many of them are voiceless. Nobody will speak for them,”he added.

Mubiru adds that he is to undergo a medical review of himself since he was injected with unknown substances by his captors of CMI. He thanked the NUP secretariat for standing with him throughout this.