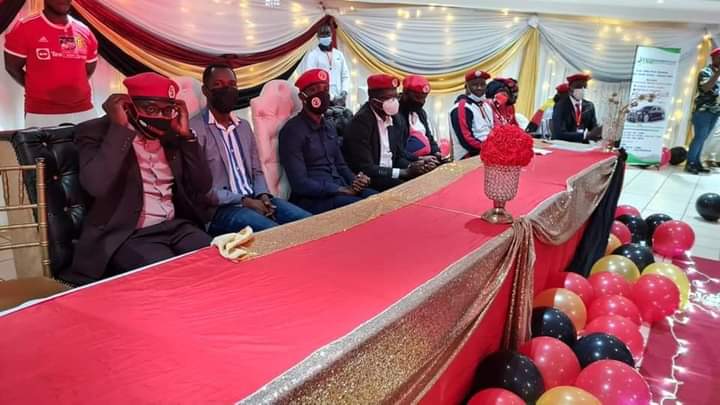 The National Unity Platform party president Kyagulanyi Ssentamu Robert aka Bobi Wine has assured his supporters that he massively trounced the incumbent Gen. Yoweri Museveni in the January general elections.

Kyagulanyi made this revelation on Monday as he addressed a crowd of his supporters in Russelburg city in South Africa where he pitched camp for a political retreat. Kyagulanyi told the crowd how the current NRM regime has deliberately frustrated Uganda’s growth and development.

“This city of Russelburg is comparable to Iganga or Kiboga of Uganda. It is not the capital city but look at the tremendous development. The infrastructure is of high standard,” he said. “We too can have our country develop at equal speed. We have to change the leadership at home. Gone are the days when I used to show up on such events to sing. But now we are converging for nation building,” he added.

Bobi also added that Ugandans have a role to play for change to be accomplished. “You don’t need to be in Uganda to play a part. This South Africa you see has a similar liberation history like our own. The pioneers of change were miles away in exile but everyone played their part and that is how they made it,” he said. “I recently visited the famous Robben Island prison where Mandela was incarcerated. To my shock this prison qualifies to be a hotel if you compare it with our own prisons in Uganda,” he added.

He insists that he won the polls with 54.9% and hence he is addressing the diaspora as the legally elected president of the Republic of Uganda. “I address you as the head of state because we massively won the elections,” he retorted. “Our victory was illegally grabbed by the illegitimate Museveni regime,” he added.