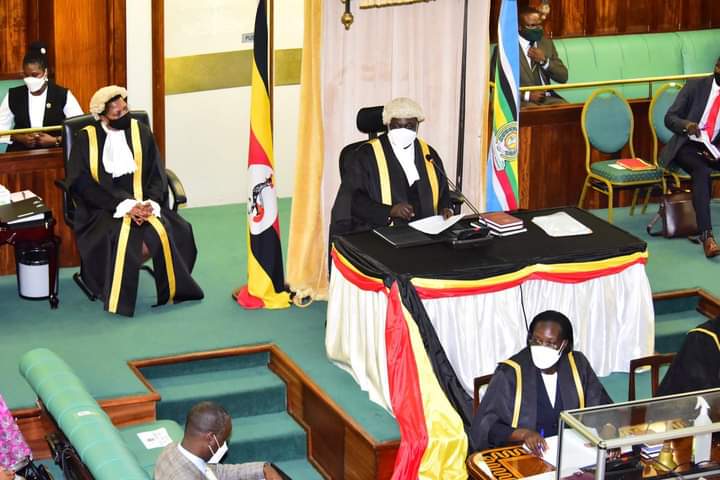 The Kiira municipality legislator Ibrahim Ssemujju Nganda has commended the Speaker of the eleventh parliament Rt. Hon. Jacob Oulanyah and his Deputy Anitah Amongi for attending the same plenary session.

According to Nganda in all his 15 years of legislation, never has he seen the parliamentary peakers attending the same plenary.

Ssemujju Nganda has expressed his happiness to see both the Speaker, Jacob Oulanyah and the Deputy Speaker, Anitah Among attending the same sitting. He says he has never seen this happen during his entire time in Parliament as an MP and as a Journalist.

Oulanyah says this model of him being in the same plenary session with his deputy shall be regular and not occassional.

Nganda says the ruling NRM party has this time round showed that they can serve the interests of the people.

It should be remembered that the same Ssemujju who subscribes to the opposition Forum for Democratic Change party was planted as a decoy by Oulanyah to frustrate Rebecca Kadaga’s chances of bouncing back for the third term. Reliable sources say Nganda pocketed a huge amount to ease Oulanyah’s victory as the eleventh parliament speaker.