FDC announce that People’s Govt tenure is over 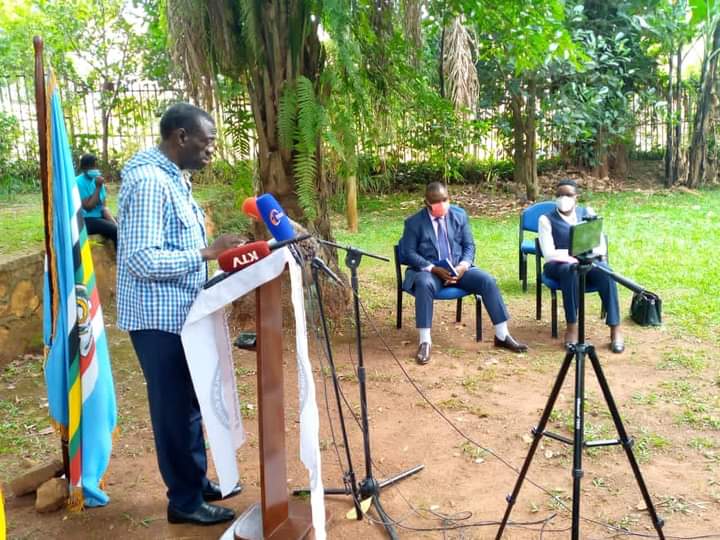 The opposition Forum for Democratic Change Party on Thursday declared that the 5 year tenure of the People’s Government has expired.

The PG was a defacto establishment led by four time presidential candidate Rtd. Col. Dr. Kizza Besigye. It was opposed to the leadership of Gen. Yoweri Kaguta Museveni. After being declared run up for the 2016 general elections with 35.6% of the polls as per the declaration of the Electoral Commission, Dr. Besigye swore himself in as the elected president of the Republic of Uganda.

He went ahead to institute a parallel cabinet where the city Lord Mayor Erias Lukwago was his Deputy. His defacto government was in a court verdict recognized by the High Court which in a ruling urged him to seek justice from his own courts and judges.

FDC which initiated the idea of forming a People’s Government says the term of the incumbent cabinet has come to an end. It is not clear whether they will institute another formation having lost the people’s mandate to a new key player Kyagulanyi Ssentamu Robert aka Bobi Wine and his National Unity Platform party.  Most of the PG members like Makindye West MP Allan Ssewanyana who served as the sports minister have crossed to NUP.

The People’s Government had a spokesperson Betty Nambooze who would eventually quit and join the National Unity Platform party in 2020.