FDC are a bunch of hypocrites, says Mao 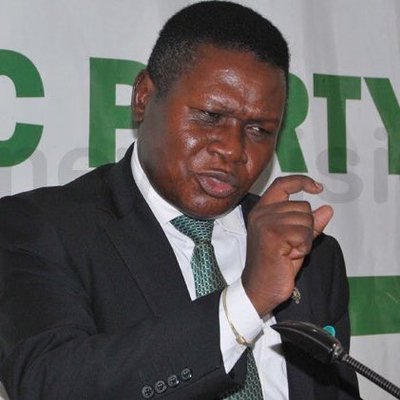 DP president general has no kind words for the opposition Forum for Democratic Change branding them hypocrites when it comes to the game of politics.

Mao who was on NBS Frontline show on Thursday night said that FDC speaks A and does B something which is not good in a society that wants transparent people.

The DP President was referring to the incident when he was to handle over as the chairman of IPOD to FDC only to become hesitant because FDC was telling the public that they were totally not part of the IPOD but behind scenes, they were pressurizing him to handle over to them.

Mao says this happened because FDC has hostile supporters whom they always want to impress even when they know that what they are doing is wrong.

Mao adds that IPOD is a Platform for dialogue not an avenue to force Gen Museveni to surrender power. Mao also adds that when it comes to money, every party wants to come for the share but in the public eye, they are preaching the opposite.

” IPOD is not a substitute for other organs that are supposed to solve Uganda’s problems. IPOD is a catalyst. It is true that political parties are supposed to be equal, but we know even in Parliament, we are not equal. It is not true that it is IPOD that is going to remove NRM out of power.” Mao says