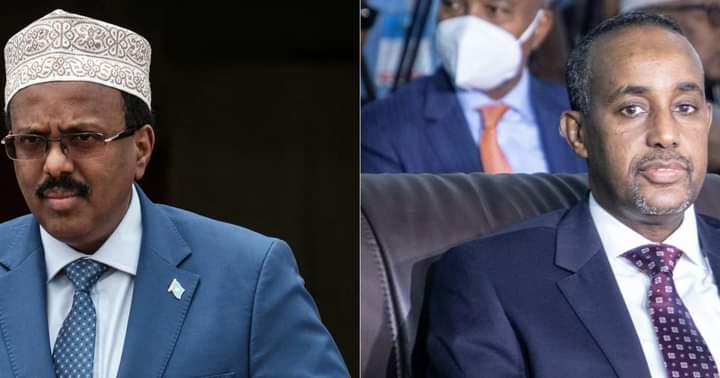 Somalia’s President Mohamed Abdullahi Farmajo has cut some of the prime minister’s powers in the latest twist in a bitter rift between the two men.

He accused Mohamed Hussein Roble of “taking reckless steps that could lead to a political and security crisis”. The dispute raises fears of armed conflict on the streets of Mogadishu between rival forces.

The row has been fuelled by the mysterious disappearance of a female spy, Ikran Tahlil, 25. She was last seen at the end of June, leaving home in a government vehicle.

The intelligence agency said that Ms Tahlil had been kidnapped and killed by al-Shabab, an al-Qaeda affiliate which has been waging a brutal insurgency in Somalia and which still controls many rural areas of the country.

However, al-Shabab denied the allegation. It normally says when it has killed government agents.

The prime minister subsequently suspended the head of the intelligence agency, Fahad Yasin, accusing him of defying his order to report, within 48 hours, on what had happened to the spy.

The president has appointed a commission of inquiry to look into the disappearance of Ms Tahlil, but the spy’s mother, Qali Mohamud, dismissed the move, saying she wanted a military court to investigate.

In the latest development, the president’s office said in a statement that the prime minister’s powers especially over the appointment and dismissal of officials had been withdrawn until Somalia holds elections.

The Horn of Africa nation is scheduled to hold indirect parliamentary elections between 1 October and 25 November.